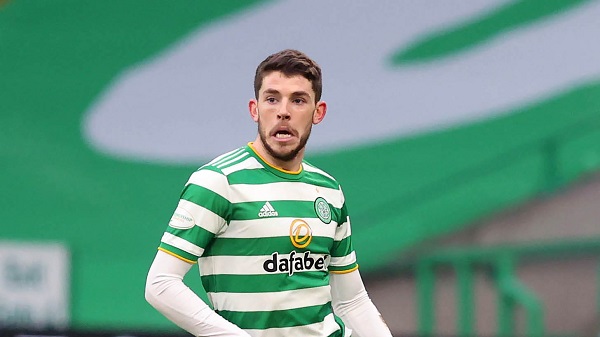 Arsenal has been linked with a move for Celtic star, Ryan Christie as he runs down his contract with the Scottish side.

Christie has been on the radar of Arsenal for a long time now as he impressed for the former Scottish Premier League champions.

He is one player whom Arsenal has tried to sign before with Football London revealing that they considered signing him in January before they moved for Martin Odegaard.

The Gunners have enjoyed the talents of the Norwegian for the second half of the campaign, but he might return to Real Madrid in the summer and they will likely need another midfielder.

Christie might become that new creative force with the same Football London report claiming he will be available for sale.

The report says his current deal expires in January 2022 and the Hoops will probably cash in on him in the summer instead of allowing him to leave them for nothing in six months time.

Christie can also start speaking to other teams at the end of this season and the Gunners can offer him a pre-contract deal to steal the march on other teams looking to sign him.