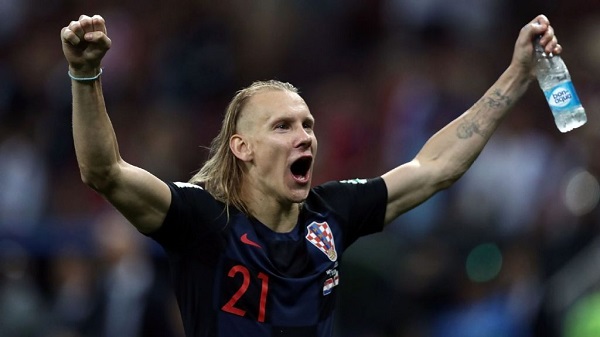 A new report from football365 is claiming that Mikel Arteta will return for Domagoj Vida this summer after Besiktas dropped their asking price for the Croatian.

Vida was an important member of the Croatian team that reached the final of the last World Cup.

After his fine performance for his country in the competition, Arsenal and a host of other teams became linked with a move for him.

Somehow, he never moved from Besiktas and the Turkish side reportedly valued him at £10 million a few months ago, but that valuation has dropped now.

The report claims that Vida is the top earner at Besiktas who struggled to pay Loris Karius his full wages, and they want to get him off their books.

Their decision could see them make him available for just £6 million and the report reckons that Mikel Arteta would return for him.

Arteta wants to sign some new defenders when the transfer window reopens and Vida, who is already above the age of 30, could be one of the incomings.

His experience in a tough league and on the global stage for his country would make him an experienced addition to the Arsenal side.

Several Arsenal defenders could be sold this summer to make room for the Croatian, and Shkodran Mustafi is already being linked with a move to Milan.