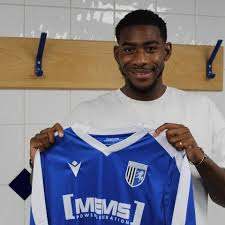 Arsenal loanee Zech Medley has come under criticism for his part in conceding a late goal in Gillingham’s 2-0 loss to Hull City.

The 20 year-old was making his League One debut yesterday, but was unable to help his side to pick up any points, although he was amongst their best performers.

WhoScored.com in fact, rated only one Gillingham player (Robbie McKenzie) as having had a better game than our young defender, but that wasn’t enough to escape criticism from his new manager.

The Gills’ boss Steve Evans said during an interview on the club’s official Twitter account: “It’s a good free kick into the box. You say it’s a good header but from my point of view I just want my centre-back who’s nominated to pick him up to pick him up.”

The goal didn’t cost the side a point, but the manager will likely be hoping for a positive reaction to the criticism, although I would have preferred for him to escape such remarks considering his inexperience.

Medley has three Arsenal appearances to his name so far, and will be hoping to impress manager Mikel Arteta who will be watching the centre-back’s progress with Gillingham, although he will need to make giant strides to break into the first-team next term.

We currently have the likes of William Saliba, Gabriel Magalhaes, Rob Holding, Calum Chambers and Pablo Mari all under 30 and vying for a first-team role, but Arteta has shown already that nobody can be ruled out.

Will Medley take the comments on the chin and continue to enjoy his role in League One?