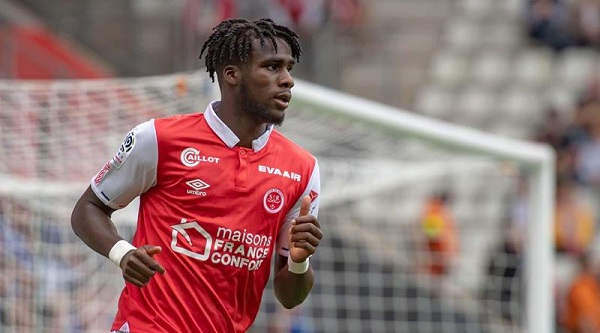 Stade Reims’ star Boulaye Dia has emerged as a target for Arsenal according to Le10Sports via Sun Sports.

The 24-year-old has emerged as an impressive striker in the French top flight this season.

He has scored 8 league goals in just 12 matches, while Arsenal has been struggling for goals.

The previously lethal Pierre-Emerick Aubameyang has been unable to score for Arsenal from open play in the league since the start of the season.

His poor form in front of goal has coincided with the Gunners poor run of form in the Premier League, and the report says that Arsenal is looking to bring him in so that he can show some of their strikers how to score goals.

He has just two goals less than Kylian Mbappe in the French top flight and the Gunners might be getting the striker that drives their current options into top form.

Eddie Nketiah and Gabriel Martinelli are two other strikers that haven’t exactly been playing with the latter working his way back from a long-term injury.

If they sign Dia, they might have to send one or both players out on loan for game time.

Lyon and Everton are two other teams who are looking at signing the Senegalese striker.