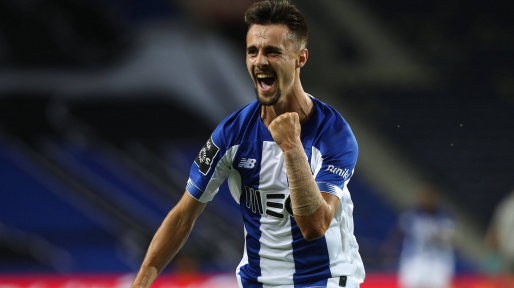 The 20-year-old is set to become the next top star that comes out of the Portuguese giants.

He has played 7 league games and 4 Champions League matches for them this season.

His development has been monitored by the Gunners and Olympique Marseille, according to the report.

Arsenal has been struggling for form and creativity recently and the next transfer window offers them the chance to add some fresh legs to their team, and perhaps change things around for themselves.

The report says that Vieira is in line to sign a new contract at Porto however, with his current deal containing a clause of just £27m, the Portuguese side faces a genuine risk of missing out on signing him to a new deal.

The report says that he might not move in the next transfer window, but Arsenal will keep an eye on his development, and a summer move is more likely.

Arsenal needs some new spark in their midfield. Their lack of creativity has seen even Pierre-Emerick Aubameyang struggle to score goals for them this season.

Vieira is still very young and he can develop into a top midfield star under Mikel Arteta.