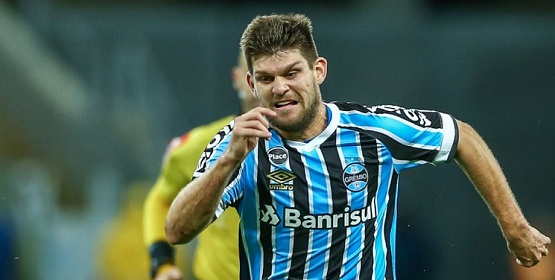 Arsenal looking towards Brazil for their next summer signing

Probably the most important area for Arsenal to reinforce is their defence and according to the latest reports, their search for a strong reliable defender has taken them to Brazil.

Arsenal has apparently contacted Brazilian side Gremio about a potential transfer for their defender Walter Kannemann.

This is not the first time that Arsenal has been linked with the Argentine, we actually covered the clubs interest in the defender back in May. At that time it was reported that we had tabled a €12 Million bid with additional bonuses

Kannemann actually has a release clause reported to be just £17 Million, so it will not be too much of a jump for Arsenal to meet that fee.

There is Premier League competition for the 28-year-olds signature from Wolves and so the road is not completely clear for Arsenal but the player is definitely within reach if the will is there to pay the release clause.

I have only seen him on video and cannot really judge him but the fact that Inter Milan and Sampdoria were previously interested in Kannemann tells me that he must be rated in some quarters.

It should also be noted that this one has not gone away which indicates that Arsenal are genuinely interested.