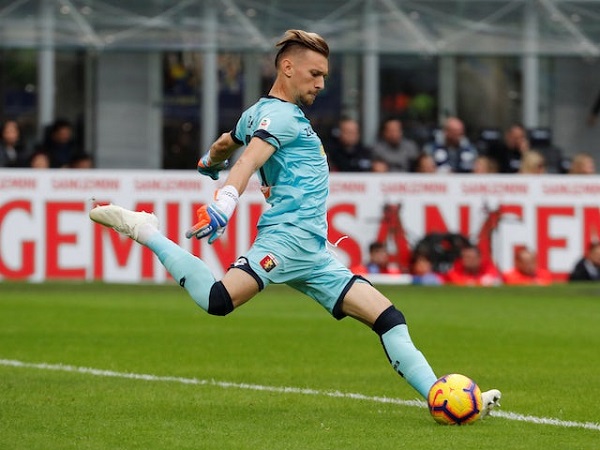 Arsenal looking towards Serie A giants to strengthen squad

Arsenal has had all sorts of problems defending this season. Although Bernd Leno is one of the highest-rated goalkeepers in the Premier League, the German has struggled at times as well.

He was guilty of letting Chelsea back into the game when the Blues came from behind to beat the Gunners 2-1 a few weeks back.

His performances may have not raised alarm bells, but the Gunners seem to be looking for good competition for him.

The Romanian graduated from Inter Milan’s academy but he hasn’t been able to nail down a starting spot at the San Siro.

He spent last season on loan at Genoa and played 33 times to help them avoid relegation from the Serie A.

He has returned there this season and has played more than 15 times already for them, but his loan could be cut short soon.

This is because Genoa’s first choice, Mattia Perin is back and he looks set to take the first choice spot again.

The report claims that Arsenal sees Radu as a good enough goalkeeper to become their second choice.

While Emiliano Martinez has done well as Arsenal’s backup goalie, his future must be open to speculation if this rumour turns out to be accurate.