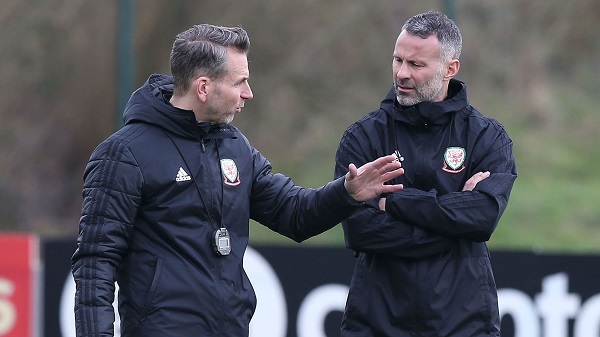 Arsenal set to lure Wales coach to the Emirates as Arteta builds his coaching team.

Mikel Arteta’s appointment as Arsenal’s manager is the Spaniard’s first foray into management and, understandably, he doesn’t have his backroom staff all set yet.

After landing the job, the former Everton midfielder has been looking for good coaches to join him at the Emirate and he is set to lure one of Ryan Giggs’ assistants.

A report from Daily Mail via Team Talk claims that Arsenal is interested in making Albert Stuivenberg a member of Mikel Arteta’s backroom staff.

Stuivenberg has been Wales Assistant Manager since Ryan Giggs was named the country’s boss and they have both led the Welsh team to qualification for Euro 2020.

He has been with Giggs since his days as Manchester United’s assistant boss and it seems Arsenal are keen to end that relationship now so he can assist Arteta.

Arteta has confirmed that Freddie Ljungberg would be staying on as a member of his coaching staff, but he would need more hands.

The Gunners have also looked at Steve Round formerly of Everton and Inaki Cana Pavon who is Brentford’s goalkeeper trainer as good coaches who could join Arteta and it seems only a matter of time before the Spaniard’s coaching team is complete.