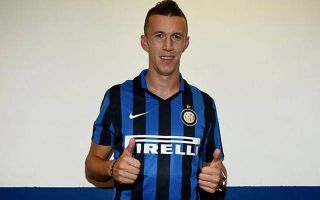 Arsenal have claimed to have made contact over a move to sign Ivan Perisic from Inter Milan.

The 32 year-old played a key role in helping the Nerazzurri to secure the Scudetto last season, with four goals and five assists in his 32 league outings.

Fussball Transfers states that he is open to leaving however, with interest from Premier League sides Man United, Tottenham and now Arsenal.

The report claims that the Croatian is leaning towards Spain or England as his next home, with former club Bayern Munich the only club in Germany he would consider.

TribalFootball adds that Arsenal boss Mikel Arteta has already shown a willingness to bring experience into the playing squad, highlighted by the arrival of Willian 12 months ago, although that signing hardly worked out for the better.

The Brazilian has been linked with an exit only 12 months after joining from Chelsea on a free transfer, despite having two years remaining on his playing contract, and with David Luiz already confirmed as leaving also, you would imagine that the squad would be losing some essential experience.

While I´m all for adding a little experience and leadership, I personally believe Perisic would be a sideways move from Willian, and he is certainly not going to be a long-term signing.

Does anyone believe Ivan would be a positive signature for Arsenal?