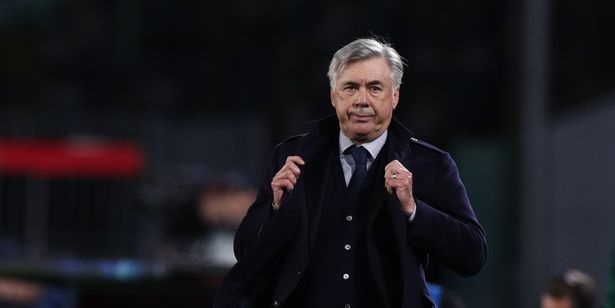 Arsenal is set to name Mikel Arteta as their next permanent manager, but they could have gone for another manager. Reports linking managerial targets to the Gunners’ also linked veteran managers, Carlo Ancelotti and Max Allegri.

The former is set to become the next Everton manager, but he is reportedly shocked that he wasn’t given the Arsenal job.

Sportwitness quotes an Italian report which claims that Ancelotti was keen on the Arsenal job and he was disappointed that the Gunners snubbed him for Mikel Arteta.

“Carlo Ancelotti will go to Everton in the Premier League unless there are some sensational surprises,” he told 7 Gold’s Il Processo show, relayed by Arena Napoli.

“The agreement is now complete between the now ex-coach and the English club: within a few days, it could be official news. Carlo Ancelotti was also disappointed because his first choice was Arsenal.

“Arsenal, after having contacted Carlo Ancelotti and found a principle of agreement, then pulled back, preferring Arteta.

“After the exemption from Naples, Ancelotti suffered another setback, the Gunners’ decision knocked him off his feet. Carletto will go to Everton anyway.

“He will soon meet Aurelio De Laurentiis. The president has to free him before letting him go to Everton. There should be no problems also because De Laurentiis has every intention of saving some money on Carletto’s engagement.”

Arteta has no senior managerial experience, but he has been Pep Guardiola’s assistant as they won the last two Premier League titles.

Arsenal knows that they are taking a gamble by naming Arteta as their next manager, but the Gunners have been impressed by how he has assisted Guardiola, especially in terms of players’ development.