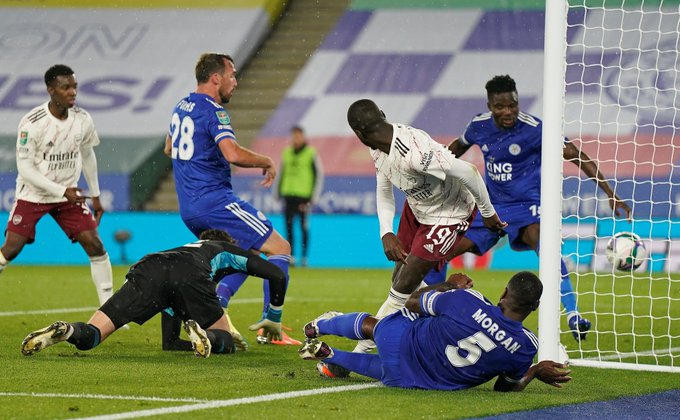 Arsenal may have edged Leicester, but Liverpool will be a much tougher test

We got lucky against Leicester but definitely need to up our game at Anfield! by Shenel

As we just about edged past Leicester with a good enough B team on Wednesday it was clear that our team is not yet where it needs to be. Something in which we are fully aware of of course.

I know a lot of the players that featured are not first team starters week in week out, but the majority of them are bench stars who are expected to come come on at points during the game. Although there wasn’t a lot to shout about they still managed to grind out a result and Leno- how I don’t know- managed to keep a clean sheet albeit against a Leicester team that didn’t have Jamie Vardy playing.

If Arteta is using the Carabao Cup as a platform to see which players he can put into the first team then I’m sure he came away on Wednesday just as confused about who to put in, because let’s face it nobody really shined to the point where he could change his mind and include them. Grinding out a result against a less than full strength Leicester side is always a good thing of course, but if any of those players want to play in the first team then they have a lot more work to do!

We know we need to improve and during the Cup games this week teams like Liverpool, Chelsea and Newcastle were scoring 6/7 goals albeit against much weaker opposition but you can’t help thinking if either of those teams played Leicester they would have won by 6 goals rather than just edge past with a 2-0 score line. Especially for a team that had the likes of Pepe upfront!

We now face the tough task of an away trip to Liverpool in the next round as they battered Lincoln 7-2 and they weren’t even at their full strength.

Here’s hoping our boys can produce a better and more comfortable result and get us through against the Reds next Thursday, not leaving it last minute! Gooners?