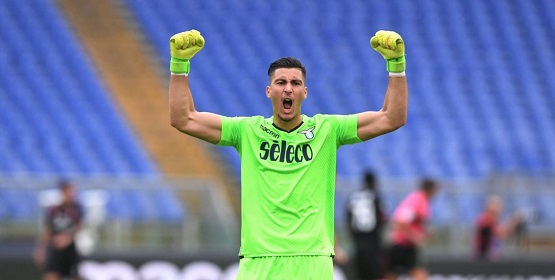 Arsenal may spend big part of budget on the wrong position

There are a lot of positions that need strengthening at Arsenal but the goalkeeping role is certainly not one of them and when you have a tight transfer budget you need to spend what money you have wisely so reports that we are interested in splashing out £22 Million on a back-up keeper is disconcerting, to say the least.

Apparently, Arsenal and Tottenham, yes them again, are both linked with a move for Lazio goalie Thomas Strakosha.

I know absolutely nothing about Strakosha other than what I have read, which is that he has been with the club since 2012 and he has established himself as their number one.

The Albanian international kept 13 clean sheets last season for ninth-placed Lazio and on the face of it seems a decent and capable keeper but do we really need to be splashing out £22 Million for him.

I know Petr Cech has retired and David Ospina is likely to remain in Italy with Napoli but we have a good number one in Bernd Leno and I was under the impression that Emiliano Martínez was going to be the German’s back-up.

If we had a ton of money to spend then I can understand the desire to have two top keepers fighting for the position but we simply do not have that luxury and it is not as if Martinez is not capable enough.

If Tottenham wants him then they are welcome to him in my opinion and I will be a little taken back if we do end up spending a significant portion of our limited transfer budget on a position that hardly needs surgery.