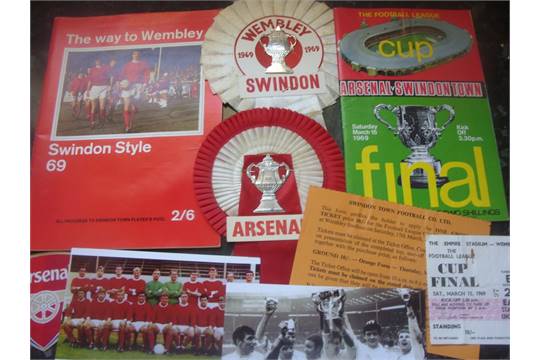 The comradeship, the closeness, the pitch, the always positive fans, the police band, the half time manual scores going up, the clock icon, the peanut seller weaving in and out of the crowd, the programme seller doing exactly the same thing, getting caught in the old-fashioned turnstiles, the surging crowd when we scored, the cigarette smoke, the closeness of the players, the tiny little merchandise shop, the old-fashioned season tickets featuring the tear off stubs, numbered for each match, the enormous line of fans patiently waiting to get in when I first started going, the list goes on and on.

Some personal memories:
Carrying my eldest daughter through the turnstiles when she was six years old and not paying for her during one season. It ended when a steward asked me to accompany him back to the turnstiles and point out which turnstile operator had let me do this.

I refused to tell him and, with my daughter in tears and expecting to be escorted out, while losing my season ticket, the steward took me to the clock end, apologised that we had to stand and asked me not to do it again!!!

Walking round the ground when we were playing Blackpool. The crowd was so sparse, it was no problem to walk around and stand where ever I wanted to… we lost 4-1 If I remember correctly.

Arriving for a cup match late, just getting in before the ground was declared full and not being able to see any of the game, except in sudden glimpses as the crowd surged forward. What an atmosphere it was though, and the crowd was incredible. As I was being pushed to the exit at the end of the game, someone shouted “watch that little lad, he’s going to get trampled”. Thinking
this would be fun, I made out it was happening – the next second I was hoisted up in the air and handed down the top of the crowd to the entrance.

Don’t ask me how it happened, but the next thing, I was sitting on a chair outside a lovely old ladies front garden, trying to sip my first ever taste of either whisky or brandy!!!

She made me sit there until the crowd was nearly gone and then gave me half a crown to buy some chocolate at the kiosk outside The Arsenal Underground station – I bought my first ever Mars bar for sixpence and my day was complete.

How I miss that majestic stadium, with it’s wonderful history and players, in later years, I was able to take one of my team of pharmacy sales people to the boxes at the clock end for a daylong meeting. The service from the club was first class, as was the food and drink.

One of the lads brought along his WHU scarf and within seconds, I had opened the sliding doors and threw the thing down onto the clock end terraces and made him wait until lunch before he was allowed to go and retrieve it.

The season of the Invincibles was, of course, a wonderful experience, viewed from the North bank lower tier season ticket seat.

At the end of the final game, the atmosphere was indescribable, joy, relief, unbelievable in both cases.

As the players came walking around, the upper tier was bouncing up and down at an alarming degree. So much so, that some of the fans from the lower tier actually moved away because it looked as if, any minute, the upper tier would fall on top of us – however, as the Invincibles turned the corner from the east stand, all was forgotten and we all we’re singing, dancing, hugging each other, crying with joy and wanting this feeling to go on for ever.

It brings a lump to my throat just thinking about it all once again – Oh to be a Highbury Gooner!!!!