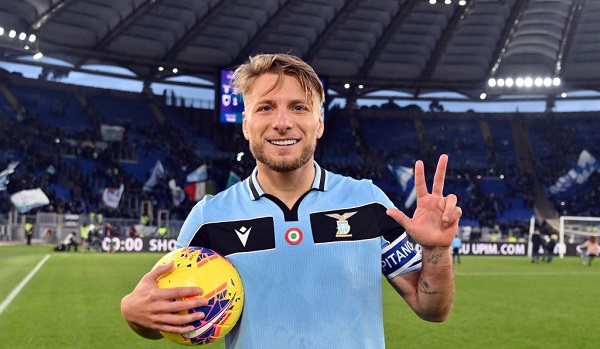 Arsenal might need this Newcastle target more than they do

Newcastle United have been linked with a move for Lazio’s Ciro Immobile ahead of their takeover by the Saudi’s claims Spanish media outlet AS.

The report claims that the Magpies would double the current salary offer from Lazio to extend his contract with them.

Immobile has struggled the few times that he has ventured outside the Italian top flight. The Italian, however, is undoubtedly a goal scorer and I think that we might need him more than Newcastle if we do sell Pierre-Emerick Aubameyang.

The future of Aubameyang remains uncertain and if we do lose him, we will need a replacement that can guarantee us goals as he does.

Immobile scores goals, lots of them. In Serie A that also has Cristiano Ronaldo, he is the leading goal scorer and has netted 27 league goals this season to top the charts.

His closest competitor is Ronaldo who has six goals less than he does.

I hope that we can keep hold of Aubameyang, however, if he does leave I reckon that Immobile would be a perfect replacement.