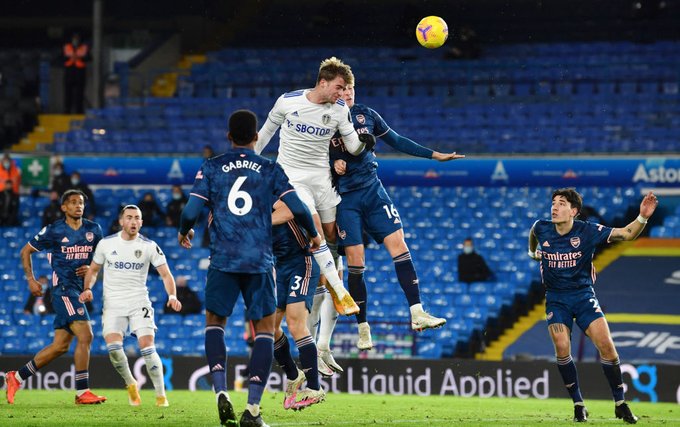 Arsenal misery continues but boy was the second-half exciting

Leeds and Arsenal both failed to score this evening as the team’s settled for a 0-0 scoreline, but that must have been the most exciting 30 minutes of action in any of our matches of late.

The opening half certainly wasn’t going to plan, as Leeds not only dominated in possession, they were also creating the most clear-cut chances.

Bernd Leno put in a great performance to deny Leeds, and while we were second best before the interval, the initial 45 minutes didn’t have many exciting moments.

Willian was replaced by Reiss Nelson at the break, and the game was picking up nicely.

Nicolas Pepe failed to keep his cool which allowed our rivals the opportunity to really bring the game to us, and they didn’t shy away.

Leeds really tried to turn the screw in the last half-hour of the match, and even struck the bar/post three times as they chased that illustrious goal, but it wasn’t to be.

Bukayo Saka had the best chance of the match, as he ran through onto a through-ball to take the keeper on, but while he tried to run past the keeper to create an angle to score, the goalkeeper scrapped to deny his shot.

Arsenal definitely had their fair share of the ball with only 10-men, and I can’t help but feel like we could have stolen the game without the red card.

While the draw has dealt our side a massive blow, the biggest issue could be the loss of Saka, who had to be helped off the pitch with what appeared to be a knee injury, and we will be keeping our fingers crossed that he will not be sidelined for long.

Will Pepe be reprimanded by the boss? Was there any positives to take from the draw? What can Arsenal do to turn their form around?