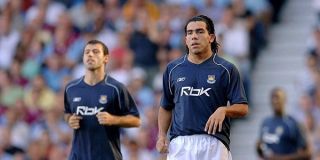 Arsenal rejected the chance to sign Carlos Tevez and Javier Mascherano in 2006 before the pair joined West Ham.

An agent offered the Gunners the chance to sign the Argentinean pair on loan for just £1.5 million reports the Athletic.

However, on the discovery of the complicated nature of their ownership, Arsenal was concerned, and because of that, they decided against signing either player.

Tevez would become an instant hit at Upton Park and secure a move to even more illustrious Premier League sides like Manchester United and Manchester City.

Mascherano would later turn out for Liverpool before leaving England for a stint with Barcelona in Spain.

However, Arsenal’s suspicion would later be justified as West Ham eventually found themselves in trouble because of illegally signing the pair and Sheffield United called for points to be deducted because both players had helped them that season.

Those were just two of the several players that Arsenal missed out on when Arsene Wenger was the club’s manager and Mikel Arteta will hope that he will do well with identifying players that can make a real difference in the future.

The next transfer window is set to be another important one and finances might force Arsenal to explore the loan market yet again.