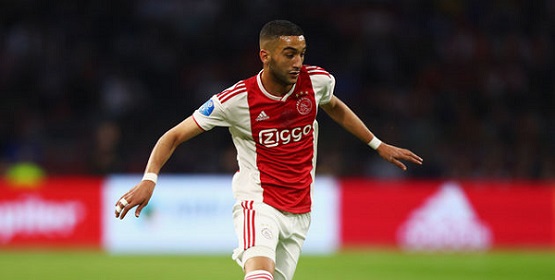 Hakim Ziyech had been linked with a move to Arsenal but Chelsea has secured his services.

Hakim Ziyech is a good player there is absolutely no denying that but so is Steven Bergwijn, Bruno Fernandes and a whole host of other players that signed on the dotted line for Arsenal rivals.

Missing out on Ziyech, if Arsenal was ever really interested in him, is no big deal, there are a ton of players out there of the same calibre that will be available in the summer and probably for cheaper.

Not even trying to sign Borussia Dortmund’s Erling Braut Håland is a disappointment but then again, Arsenal signed Gabriel Martinelli last summer and he is a sensation, a proven one.

Ziyech has yet to prove his abilities in the Premier League, I do know that when he has come up against Premier League sides he tends to end up on the losing side so there is that as well.

Mikel Arteta will know in his mind what sort of player he wants to recruit in the summer and it is obvious that Ziyech was not a part of that thinking otherwise there would have been at least enquiries made in January.

It should also be noted that Arsenal does have high-quality wingers of their own and while circumstances have meant that we have yet to see the best of the likes of Nicolas Pepe, I am very confident we will do given time.

Now, if Chelsea pops up next week and announce they have signed Dayot Upamecano then that would be something to get hot under the collar but Ziyech? I don’t think so.