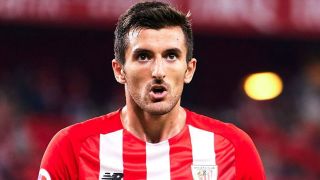 Arsenal is interested in a move for Athletic Bilbao centre back, Dani Vivian after his fine start to this season.

The 22-year-old has only just broken into their first team and has taken his chance after several first-team defenders suffered injuries.

He is now one of the established stars in their squad and could remain in the team for the rest of this season.

Fichajes as reported by Transfermarketweb says Arsenal has been watching him and they could make him their player soon.

The report says his fine start to life in the Bilbao senior team has caught the attention of other European clubs as well.

Arsenal has been adding young players to their squad in this transfer window as they rebuild it.

Vivian could be tempted to continue his career development under the management of Mikel Arteta.

Bilbao is notorious for insisting that clubs pay the release clause of their players if they want to sign them.

The report didn’t reveal Vivian’s current release clause, but Transfermarkt says he is currently valued at $8.25m on the transfer market.

Leaving his country this early in his development will be tough for the defender, but Arteta could make it easy for him as a Spanish-speaking manager.