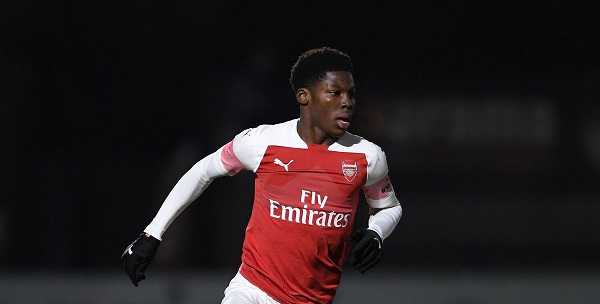 Arsenal is reportedly among a host of Premier League sides keeping tabs on Valencia’s Yunus Musah.

The winger who signed for Los Murciélagos in 2019 is a product of the Gunners academy. Born in New York, the winger moved to London at age nine joining the famed Arsenal youth setup in the process.

Since his move to Spain, the 17-year-old has enjoyed a rise in his value and he is now part of the first-team setup in Valencia. He entered the record books recently after firing home against Getafe at just 17 years and 338 days, becoming the clubs youngest ever goalscorer.

With his rapid rise to the top, The Gunners have been reported to be monitoring his situation in Spain.

According to 90min.com, Arteta’s side has remained in contact with the player, sending in scouts to watch him regularly.

The Gunners are however not alone in their pursuit, with Leeds United, Everton and Wolves all credited with an interest in the teenager.

Prospect of re-joining the London side remains a viable option for the teenager at some point in his career. But at the moment, the winger who is eligible to play for USA, Ghana, England and Italy sees Valencia, who is looking to extend his contract, as the best place to continue his development.

However, with Valencia in real financial trouble, it remains a possibility that with the right offer, they will be willing to do business with Arsenal.