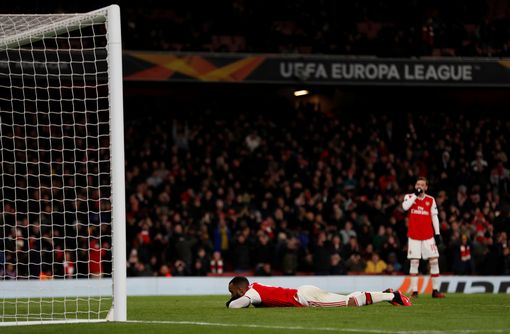 Arsenal must bounce back with a decisive win over Portsmouth

Arsenal needs a win to get their confidence back after the shattering loss to Olympiacos.

Arsenal’s confidence would have suffered a huge blow after they were beaten by Olympiacos in their Europa League game on Thursday.

The Gunners had been on a three-game winning streak and they were also unbeaten in the New Year before that game.

However, they were complacent and the Greeks took them to extra time before eliminating them with a late goal.

Arsenal would have been happy that their game against Manchester City has been postponed because they would not want to face Mikel Arteta’s former side after suffering such a blow to the confidence.

Luckily, Arsenal’s next game will be their FA Cup match against Portsmouth and the Gunners have to get back to winning ways.

Arsenal has taken some time to get going under Arteta and when they went on that run of wins, fans can be forgiven for thinking that their team has turned a corner.

Arteta would have desperately wanted to win the Europa League after it became obvious that Arsenal would no longer be able to finish inside the top four, now they will have to pursue a European place via other means.

Top teams recover from setbacks fast, I don’t mean to underrate Portsmouth, but Arsenal has to take out their anger on Pompey and get back to winning ways.

Failure to win against the former Premier League side could see them struggle to beat West Ham in their next game as well and that would start a chain of winless games, we cannot afford that now.