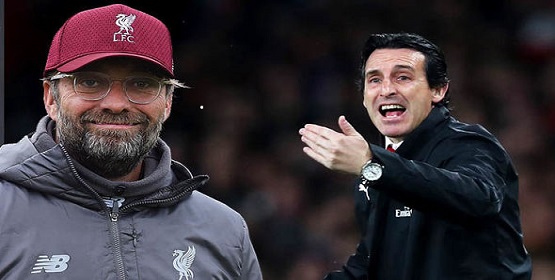 Arsenal must learn the ‘high press’ techniques or never be successful 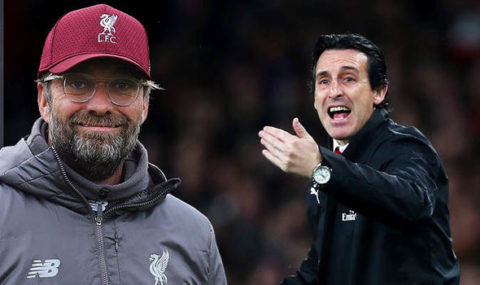 In the last 4-5 years it seems to me that all the top teams, both in the EPL and in Europe, have one thing in common. They all use high intensity pressing, where they have all their players actively trying to defend and win the ball quickly high up on the pitch. Man City, Liverpool, Spurs, Barcelona, Bayern Munich, Dortmund, PSG and several others do it. In fact, is there a top team today that doesn’t use it?

Can you become a top team today without implementing it? I doubt it.

And if you use high intensity pressing high up the pitch, the odds are you will win the ball closer to goal, and maybe with the other team disorganized, making it easier to create a scoring chance.

8-10 years ago, it was only the likes of Barcelona and Bayern Munich that used high intensity pressing, and it gradually evolved from there. We have never been able to cope with teams that play like that. We have seen it time and time again, and with disastrous scorelines at times. Admittedly, it must be extremely difficult to play against. You are almost given “no time” to control the ball, pick out a player and pass the ball. And if you receive the ball facing your own goal, the demands are even higher, and backpassing often become the way out.

Liverpool are possibly the best at pressing. Man City and maybe Barcelona are the only other teams that are on the same level. To me it seems the greatest problem, we had against Liverpool was not our tactics as such, nor the team selection. The problem was, we can’t cope with their pressing.

Our defenders are not used to passing the ball fast enough. Our midfielders are not quick enough to provide the defenders with options to pass to. Nor can the midfielders receive and turn as fast as required. We simply could not hold onto the ball and establish any kind of organized play. We had to rely on long balls and quick counter attacks. In these circumstances, I actually think Emery’s tactics could have been the right way to play against Liverpool. Would a different line-up have made the difference. I seriously doubt it.

No, in the long run, we have to become better at coping with high intensity pressing, so we can get out our own half with the ball, and we can take the game to Liverpool’s half. I think this is extremely difficult, if not impossible to learn, when you only experience it in matches against the few teams that do it well. We are almost overwhelmed every time.

In our first few games under Emery last year, it looked to me like he was trying to make our players use pressing. It gave me a lot of optimism, because we would never have seen Wenger implement it, and it does seem to me there is no way to be real contenders playing without it. Yes, we were bad at it. The timing was horrible, as some players did it, and others didn’t. And those who did it, never seemed to do it with the conviction and speed that is required. But at least we were trying to learn it.

What really worries me is, it seems like Emery has given up on making us press. Maybe that is correct in the short term, I am not a coach. But as mentioned, in the long term, I don’t see how we can become champions without it. It is simply the way to play today, if you want to win the big titles.

And I do see a connection in our inability to cope with pressing and in us not using it ourselves. If high intensity pressing is not used in training, our players may never become quick enough in their thinking and acting to take on teams that do it close to perfection.