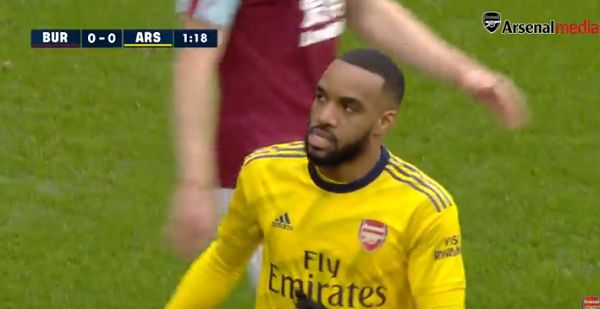 Arteta has improved the defence; he needs to fix our attack now! by Lagos Gooner

Dear Arsenal fans around the world, a happy new week to you all. How did you enjoy our game against Burnley on Sunday? Or you didn’t even enjoy it at all? As for me, if I am to be honest, I didn’t enjoy the game one bit! I watched the game till the end because I probably thought our strikers were going to conjure a magical moment and get us the winning goal. They didn’t and I was disappointed.

I will like to give kudos to Mikel Arteta for improving our defensive play, ever since he was appointed manager of Arsenal. We now play with a type of structure that makes our defence almost difficult to breach. Musatafi, who has been a victim of fan’s abuse over two years or so, has really improved on his game this season. David Luiz is beginning to play like he did in his early Chelsea days. Every other one of our defenders are starting to play so well that we are now preventing teams from having a shot at our goal and even scoring against us, as witnessed in the Burnley game. With the loan signing of two extra defenders in the last winter transfer window, it is expected that Arteta would improve the defence better. We are gradually getting there defensively.

Now, have we noticed that against Burnley, we found it hard creating chances and burying them in the back of the net? We labored all day to create chances against a well drilled Burnley’s defence? Even when we had some good scoring chances, we could not score them! Aubameyang had a golden opportunity to score in the first half after been put through by Luiz, but he found it easier to miss than to score. I won’t want to really fault Auba because a striker, who has given us 14 goals this season, deserves some slack.

Apart from Auba, Lacazette had a goal scoring opportunity that he also missed. Now, my problem lies with Lacazette’s continual presence in every of Arteta’s first team! I have nothing personal against Lacazette, and I have said this several times. However, my problem with his inclusion in the team, is that he is not really doing anything to justify his presence. He is a good player who scores wonderfully when in form, but then he is not in form right now, and he is depriving other player who can do better a chance to play.

Please I appeal to Arteta to move Aubameyang back to the center striking position, use both Martinelli and Pepe as wingers and see if we won’t start scoring goals. Aubameyang is wasting away playing from the flanks; he needs to be in the box to finish off chances. He is in goal scoring form for now and he should be encouraged by playing him in the box, and not on the wings. I hope Arteta sees this and ponder over it.