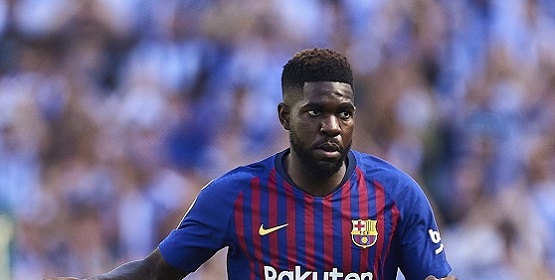 Arsenal need to find themselves a new number one target

When you have a restricted transfer budget and have to spend wisely you need to make sure that whatever player you sign ticks all the boxes and that is exactly what Arsenal must do before they acquire any player.

One of those boxes is that whoever you are targeting wants to actually join you and that does not appear to be the case with Barcelona’s Samuel Umtiti.

According to the media, the defender has made it clear to Barca that he does not want to leave and has apparently instructed them to reject all offers.

If this is true then Arsenal needs to move on to other targets, there is no point signing the 25-year-old if he does not really want to be an Arsenal player.

The France international is a good player and I am sure he would do a good job for us but we need to be signing players that would die for the badge not players that are only here because they had no other choice.

It does make a difference because too often in the past players have joined us for the wrong reasons and as soon as a club with more opportunities of winning silverware come along they will jump ship, take Robin van Persie or Alexis Sanchez as prime examples.

Imagine another scenario, he leaves Barcelona plays brilliantly for us then the Spanish giants realise their mistake and want him back, a little bit like Cesc Fabregas, though I do accept he joined us under different circumstances, my point is that when Fabregas was made aware that Barca wanted him back he agitated for a move.

For me, there is simply too much risk signing a player that really does not want to sign for us and while it can be an acceptable risk to sign such a player when you have a bank full of money it is not when you have a smaller transfer budget and have to be careful with how you spend that money.