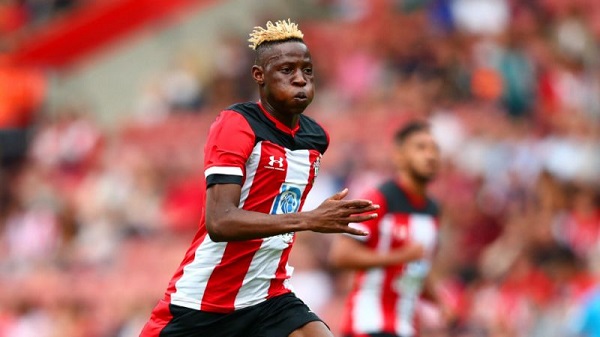 Opinion – Arsenal needs a Sadio Mane, I think I have found him

Sadio Mane has emerged as one of the Premier League’s best players in recent seasons and he is even being considered as a part of the group of players who are favourites to win the Ballon d’Or. Arsenal needs theirs and I have discovered him.

The Senegalese striker has been in the Premier League since 2014 after signing for Southampton from RB Salzburg.

He really reached his full potential after he joined Liverpool in the summer of 2016, and I think that Arsenal can get their Mane if they sign Southampton’s Moussa Djenepo.

The Malian joined the Saints from Standard Liege in the summer and he has shown glimpses of his talents.

He has scored just two goals and provided the same number of assists for Southampton in the Premier League this season.

However, his two goals have been of the highest quality which shows that at 21, he has some magic in his feet.

Sadio Mane had a better goals record in his first season in England, but it was when he joined Liverpool that he turned into a better quality player.

Djenepo will only get better with so much time on his side and I reckon that he can become Arsenal’s Sadio Mane in a few years to come if we sign him now.