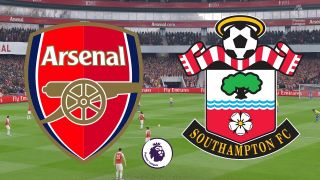 It is quite an incredible fact that in 22 games between Arsenal and Southampton at the Emirates, the Saints have never left with the 3 points. We have had 15 wins and 7 draws, so we have gained 52 points and they have gained only 7.

If you look at games played home and away, Arsenal have still only lost one of our last 11, which means that we really should be hot favourites to win this game, wouldn’t you think?

Then if you look at our last 27 home games played at 3pm on Saturday, we are unbeaten in all of them.

Auba not playing against Saints? Arteta asked if he is going to be sold….https://t.co/Dfo3PEdE6v via @JustArsenal

So are we getting worried yet? Arsenal under Arteta has had some very long-standing records broken in his short time at the club, so who can ever really be certain of a win any more, although those figures suggest that we are their voodoo team.

Even though in Arsenal fans’ eyes, we are not in a good place, but the fact is that we have only lost one home game all season (against Chelsea) and the visitors have only had one win on the road (at Watford).

We are also 9 places above them in the League table, and to cap it off, the Saints have conceded 9 goals in their last 4 games (same as Arsenal, but I won’t mention that).

So, looking at past and present history and form, this should be an easy win for Arsenal.

If only football was played on paper…..