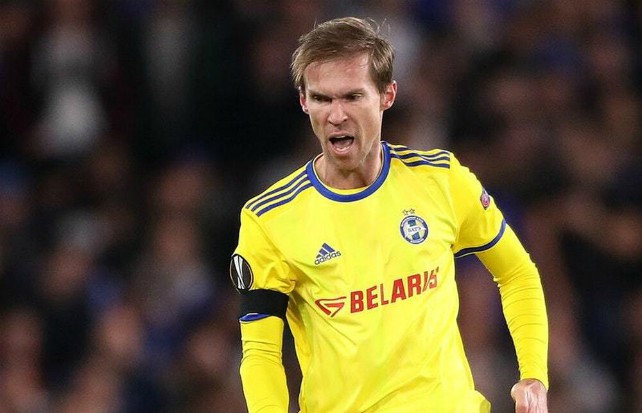 Former Arsenal star Alexander Hleb has responded to his home country Belarus’ rather bizarre response to the outbreak of coronavirus.

The illness has gripped the world in recent weeks after starting out in China late last year and now spreading to Europe and other parts of the world, having a huge effect on football in the process.

Arsenal are out of action until the Premier League can resume, though it’s not yet clear when that will be, with the first return date in early April already pushed back to late April and the Telegraph now reporting clubs have a more realistic aim of June in mind.

In Belarus, however, football is still going on, and Hleb has told the Sun that his country do not yet seem overly panicked about the situation despite the chaos it’s caused in so many other countries.

“The coronavirus has closed the Champions League and the Europa League. This is good, because you have to try and stop it. Uefa have done the right thing,” he said.

“But in Belarus, it’s like no one cares. It’s incredible. Maybe in one week or two weeks we will stop here. Maybe our President is just waiting to see what happens with the virus.

“Everybody here knows what’s happened to Italy and Spain. It doesn’t look good.

“But in our country, people in the presidential administration believe it’s not as extreme as the news says.

“A lot of young people and students here think like this. I’m keeping at home with my family. But when I go out, the streets and restaurants are still busy.”

Unfortunately, any Gooners who fancy watching their old boy Hleb in action in the Belarusian league will be disappointed – he recently retired from playing aged 38.