Arsenal star ahead of Neymar with impressive stats since August 2017

Proof that Aubameyang is truly among the game’s elite forwards.

There’s a lot of buzz about Pierre-Emerick Aubameyang at the moment, and why not – the Arsenal striker is in immense form in front of goal and his contract situation perhaps means he could spark a major transfer battle this summer (though hopefully not, from our point of view).

The former Borussia Dortmund man has been lethal in front of goal since joining us, and we recently reported on how his goals record compares to Liverpool’s Mohamed Salah, despite the Egyptian getting way more hype than our Gabonese attacker.

Another graphic now shows the most goals and assists since August 2017, when Salah joined Liverpool, and his numbers are again hugely impressive here as he’s second only to Barcelona superstar Lionel Messi on this list… 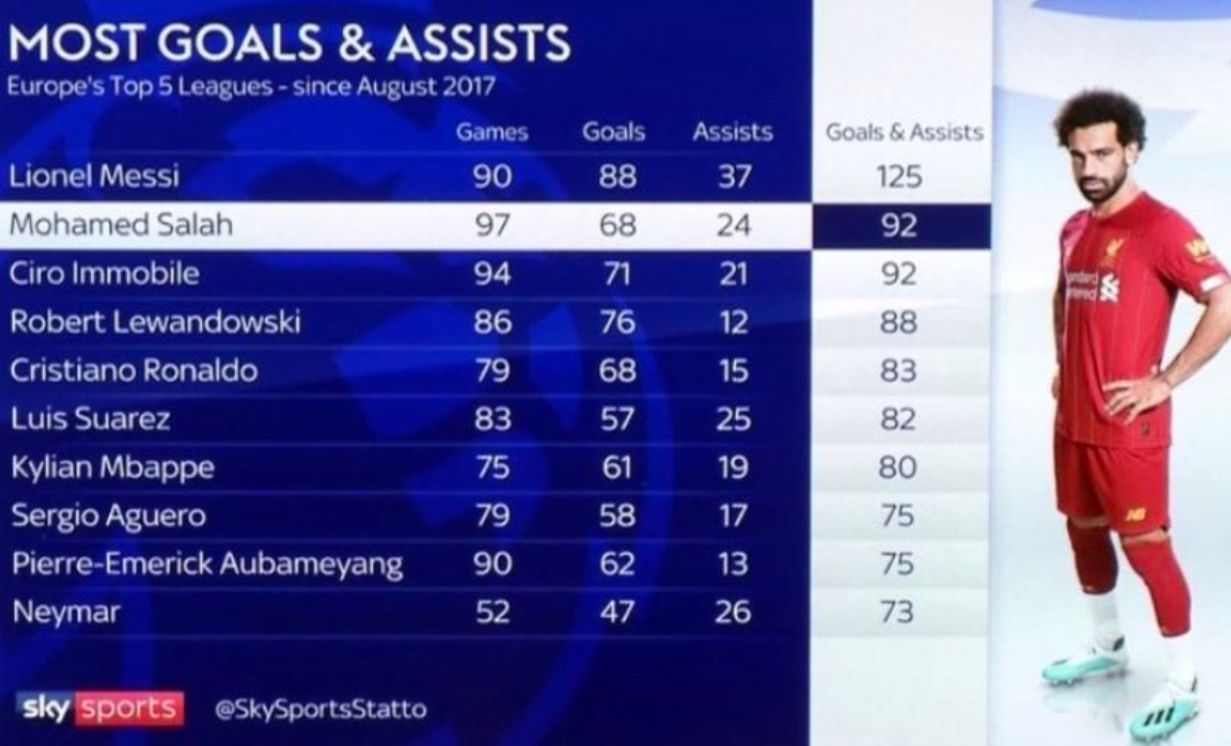 Still, we also couldn’t help noticing Aubameyang’s name down there near the bottom – with more goal and assist contributions than Neymar since August 2017.

Of course, the numbers show Neymar has played fewer games in that time, but he’s also playing in a far less competitive league in a team that’s set up perfectly for him. Aubameyang has majorly outscored the most expensive player of all time despite often playing in Unai Emery’s dysfunctional and bland system that starved him of much in the way of ammunition.

Our number 14 is truly special, and it’s now just vital we get his contract sorted out ASAP!