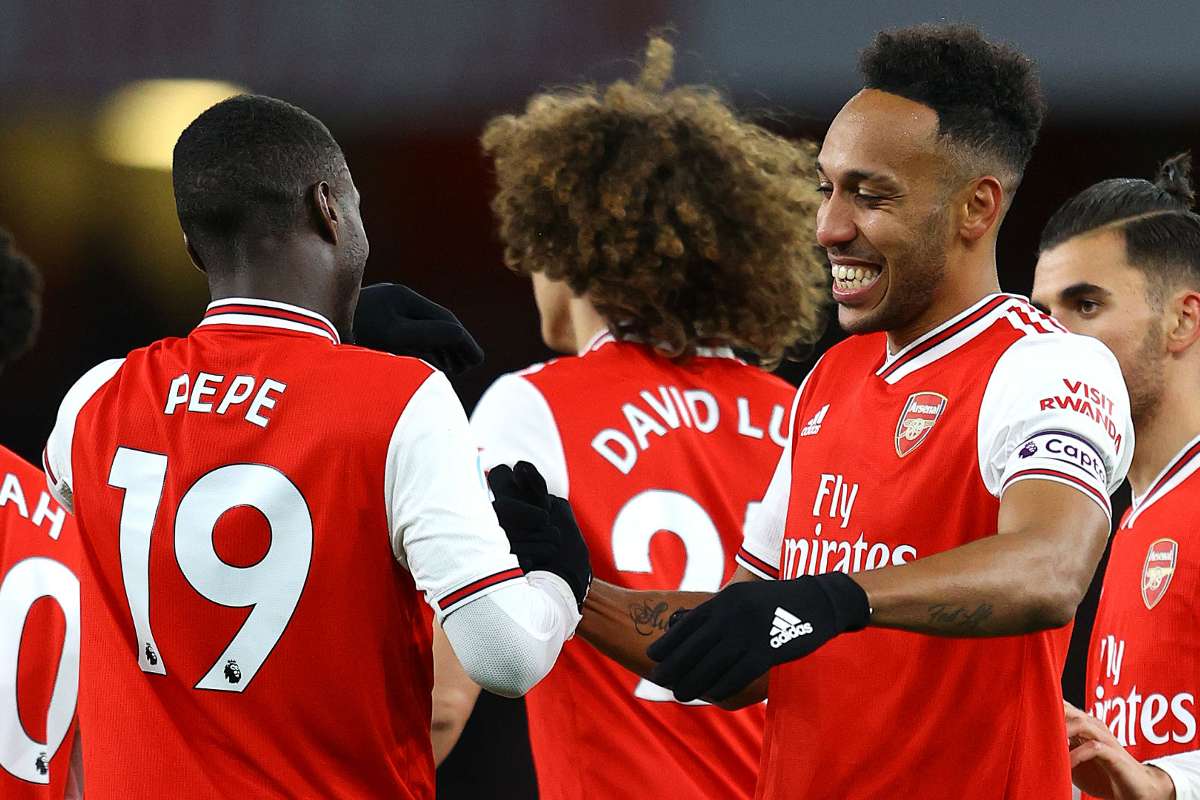 Aubameyang earns a deserved place in Premier League team of the week.

Arsenal striker Pierre-Emerick Aubameyang has made it into the Premier League team of the week and earned huge praise from pundit Garth Crooks.

The Gabon international hit a superb brace in our 3-2 win over Everton on Sunday, showing once again why he’s such an important player for this club.

MORE: How Brexit could affect Premier League transfers after 2020

It’s clear Aubameyang impressed Crooks, not only with his goal-scoring abilities, but with his work rate as well in what was a top all-round performance for the Gunners.

Writing in his column for BBC Sport, the pundit said: “This was a significant performance by Arsenal, but they would never have achieved the win against Everton without Aubameyang.

“It wasn’t just his ability to put the ball in the back of the net that was so impressive, but his work-rate is quite phenomenal.”

Arsenal are looking much-improved under Mikel Arteta, but Aubameyang’s prolific form has been one thing that’s remained consistent throughout this season.

The 30-year-old has just over a year left on his current contract and it would really be another big boost for us right now if we could get that sorted to avoid a transfer saga this summer.