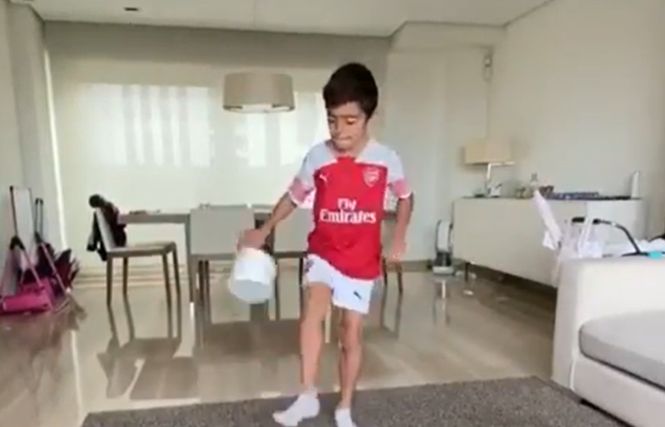 Former Arsenal star Santi Cazorla has provided the kind of light relief we all need right now with a great video of his young son doing keepy-uppies with a roll of toilet paper – and in full Arsenal kit!

Cazorla remains a real fan favourite at the Emirates Stadium after a fine career with the Gunners, even if he barely played towards the end of his time with the club due to injuries.

With skills like this, maybe his son has a future at Arsenal! Get him signed up ASAP, Raul!