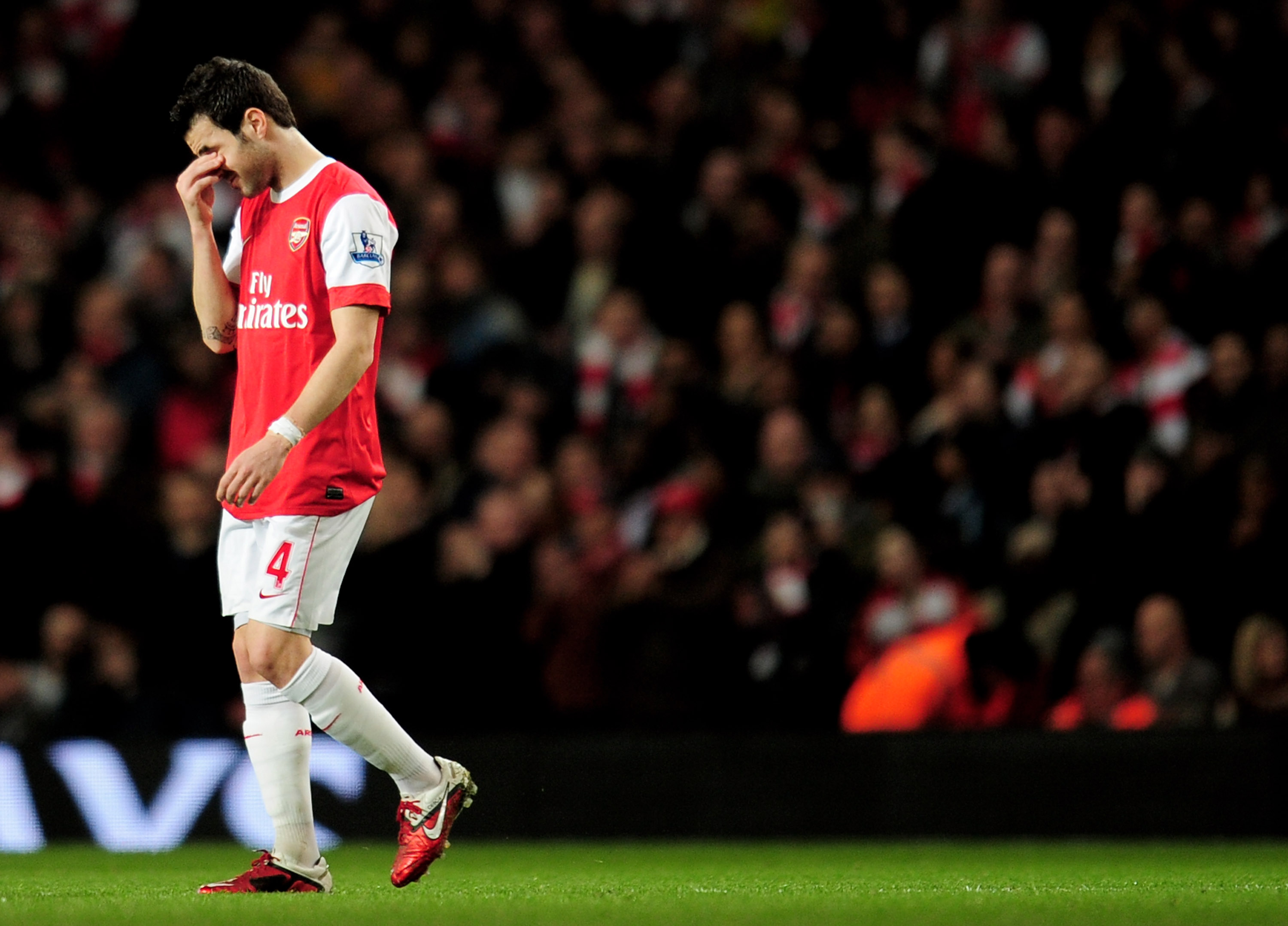 After his brutally honest interview, how will Cesc Fabregas go down in the Arsenal history books?

Following Cesc Fabregas’ very honest and open interview with Arseblog, it’s intriguing to see how much he seemed to suffer towards the end of his time with Arsenal.

“I was the captain, I always felt so much pressure on myself. I had to lead this team to win something… I gave everything,” he said.

Clearly, fans cannot accuse him of not caring about the shirt, but one wonders if many Gooners will see a little too much self-pity in his words, as well as an unhelpful attitude towards his team-mates at the time.

“Sometimes, I used to go home after we lost and I used to cry, I used to suffer, I used to spend sleepless nights suffering,” he said. “And then you lose a game, you’re in the bus like this destroyed and then you hear some players laughing, thinking about where they will be going out later. This was going on for a few years. Especially in the last two or three years, I felt Robin and Samir were the only players … who were at my level mentally and technically.”

As fans, we know all too well how frustrating many members of that team could be as we had to watch them week in, week out, but it seems slightly misjudged of Fabregas to talk of himself now as being so far above the others.

By the time the Spaniard had been made captain and put in some of his best performances during the 2009/10 and 2010/11 seasons, it was clear how important he was, how influential, and he’d had enough experience by this point to perhaps handle the difficult situation a bit better.

Looking back now, it seems like Fabregas feels like he was doing this all for a relegation-battling side, rather than playing regularly in the Champions League for a manager who, with hindsight, did wonders on a shoestring budget to keep a youthful team competitive. Only now that Arsene Wenger is gone and we find ourselves spending more money but seeing a less good team out on the pitch do we realise just how good a job the Frenchman did.

And of course, Fabregas’ individual career success owes so much to Wenger, which he has admittedly acknowledged many times, so it’s disappointing that he perhaps couldn’t do that bit more to lift his team-mates and take the club to where he clearly wanted it to be.

No one can do this on their own, but Fabregas might look at the loyalty Steven Gerrard showed at Liverpool despite them being a far worse team than us for a number of years. Instead, Fabregas left at his peak to join Barcelona, and while the emotional attachment to his boyhood club cannot be underestimated there, it is hugely disappointing that he ended up back in England with one of our biggest rivals Chelsea just three years later.

As mentioned above, it’s clear Fabregas gave his all for Arsenal, and was obviously desperate to succeed, but some of his quotes perhaps don’t paint him in the best of lights either, as he seemed to start feeling he was bigger than the club and caused us a great deal of hassle over the manner of his exit.

A great player, a great competitor, but perhaps not the leader we needed at that time, and just short of being an Arsenal legend, in my book.