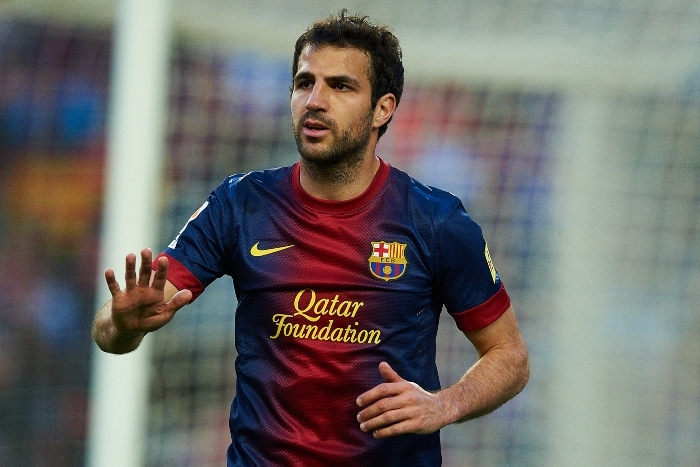 Fabregas loved this moment as much as every Arsenal fan.

Former Arsenal star Cesc Fabregas has revealed one Gunners goal that made him jump up with celebration – even when he was a Barcelona player.

The Spaniard says he continued to watch Arsenal even after leaving the club in the summer of 2011, and one game he followed was Thierry Henry’s legendary second debut against Leeds United.

The Frenchman returned to Arsenal for a second spell on loan in the 2011/12 season, and made an instant impact off the bench to get the winner in an FA Cup tie against Leeds United.

Fabregas, speaking to Henry on Instagram Live, as quoted by the Metro, says he was sure Henry was going to score, and that he celebrated wildly when he did.

“I was at home in Barcelona on my sofa that day watching the game because I never really miss any Arsenal games,” he said.

“I was with my best friend I remember and I said, ‘Man he’s scoring.’ I swear. I remember that day. I said, ‘He’s going to score, it’s destiny, this is going to happen’. And when it happened, I swear I remember I was jumping.”

Fabregas is perhaps not as loved by as many Gooners as some of our other former heroes, but this does seem to show the club still has a special place in his heart.

“How do you choose between those two?” Keown tells Bournemouth which former Gunner to choose
20 February 2021, 13:00