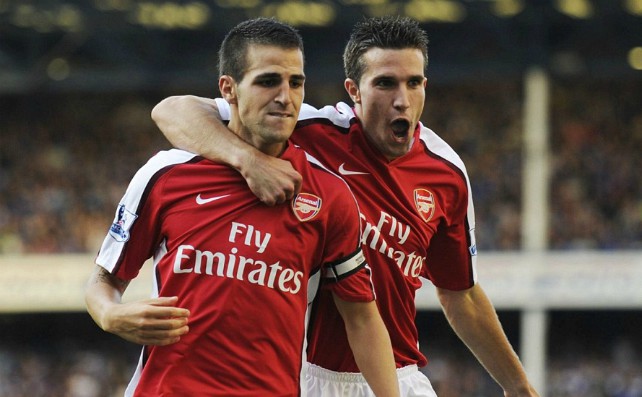 Former Arsenal star Cesc Fabregas has admitted he couldn’t believe it when Robin van Persie finally found fitness and some of the best form of his career just after the Spaniard left the club for Barcelona.

Fabregas and RVP never really got much of a chance to strike up a partnership during their lengthy time together at both Highbury and the Emirates Stadium, with the Dutch forward so often out with lengthy injuries that disrupted the early part of his career.

Fabregas often had to carry Arsenal, and did so admirably at times, but could really have done with a lethal striker like Van Persie to aim for up front.

Once our former captain left for Barcelona in the summer of 2011, Van Persie finally put his injury woes behind him and produced some world class form in 2011/12 before then leaving as well, joining Manchester United and continuing to find the back of the net on a regular basis.

One can only imagine Fabregas’ frustration as we all felt it too!

Speaking to Arseblog, the Monaco midfielder admitted: “Robin, I couldn’t count on him unfortunately for many points of the season because he was injured. He was a world class player, a leader but he couldn’t help me on the pitch for many seasons unfortunately many parts of the year.

“When I first left and I saw the season he made after when he was not injured at all and at the peak of his level, I was like ‘are you serious, man?’.”

‘So difficult to name one’ Ex-Gunner picks two Arsenal teammates as best players he has played with
28 December 2021, 16:30