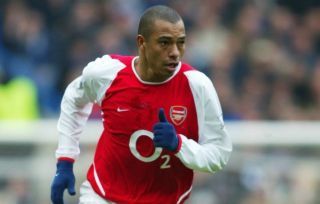 Video: Ex-Arsenal star on how Arsene Wenger made them feel they could become Invincibles

Former Arsenal star Gilberto opens up on the Invincible campaign.

Arsenal legend Gilberto Silva has explained the moment Arsene Wenger told his players they could go the season unbeaten in 2003/04.

That Gunners side is now one of the most famous in English football history, with Wenger leading his team to an incredible 49-game unbeaten run that included winning the title without defeat.

The moment Arsene Wenger made the Arsenal squad realise they could become 'The Invincibles'. #AFC

Speaking about that season in the video above, Gilberto says it was only after winning the title with a 2-2 draw at Tottenham that the players really started to think about completing the campaign unbeaten.

Wenger set them that as their next challenge after they wrapped up the title, and gave them the confidence to make history.