Matteo Guendouzi is among the game’s most valuable young midfielders.

Arsenal starlet Matteo Guendouzi is currently ranked top of a list of the game’s most valuable midfielders aged 21 or under.

See the graphic below from Transfermarkt, which shows our promising Frenchman ahead of rising Manchester City star Phil Foden with a value of around €50million… 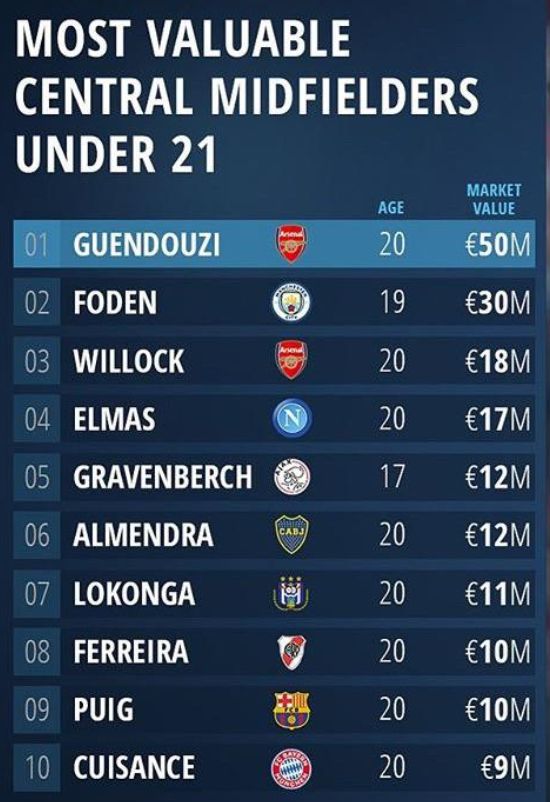 Guendouzi may not have had the most convincing second season at Arsenal, but it’s easy to forget quite how far he’s come in such a short space of time.

Still only 20, the midfielder was playing in the second tier of French football less than two years ago, and it’s clear he has a big future in the game provided he keeps his head screwed on.

One hopes he can now improve as much of the rest of the team has under new manager Mikel Arteta, and the graphic above indicates just how highly he’s rated, presumably for good reason.

To come out top on a list containing City ace Foden – one of the biggest talents in the country – is no mean feat, and there are plenty of other big prospects on that list too, including our own Joe Willock in third place.