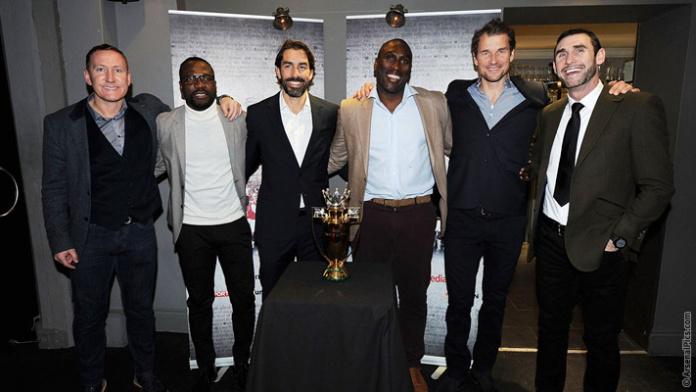 A few of the Invincibles are feeling better after last night’s result!

Some Arsenal legends have responded to the famous Invincibles season being kept intact after Liverpool’s lengthy unbeaten run came to an end away to Watford yesterday.

The Reds suffered a surprise 3-0 defeat to pick up their first league defeat of the 2019/20 campaign, meaning they won’t match our feat of an entire season unbeaten, while their overall run of games without losing ended at 44 – the second highest ever in English football behind our 49.

Unsurprisingly, this was cause for celebration for some, with a few of the Arsenal heroes from that Invincibles side expressing their joy that their unique record has gone another year without being matched.

See below as Lauren and Ray Parlour celebrated the result on Twitter, while Martin Keown retweeted a message from his son…

We became legends.
We still are… and remain unbeaten! 😉
Because we are @Arsenal. 🔴⚪

Fantastic team Liverpool but I’m in a very good mood tonight. Might have to have a couple now 😁well done @watford great win. #Invisible pic.twitter.com/WUsr7IenEU

Arsenal fans haven’t had much to celebrate this season, so while we wouldn’t normally relish a defeat for a rival quite this much, it is important to appreciate just how incredible our achievement of 2004 really was.