Arsenal flop Henrikh Mkhitaryan has risked the wrath of some Arsenal fans with his tweet this morning referring to our rivals Manchester United as ‘we’.

See below as the Armenia international, currently out on loan at Roma, reminisced about winning the Europa League final with Man Utd on this day three years ago. 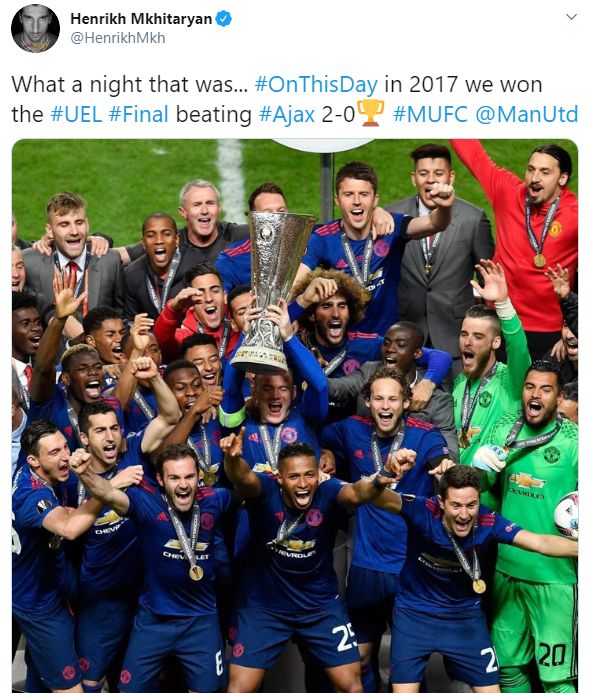 Of course, Mkhitaryan scored in that game and helped the Red Devils to a major trophy, but it does seem like he could have been more careful with his wording.

If this had come after Mkhitaryan had left us properly, it might be alright, but to refer to United as ‘we’ whilst being under contract with us just doesn’t sit well.

The rivalry between Arsenal and United will always be a strong one, and it seems Mkhitaryan has not fully appreciated that, or he’s aware of it and doesn’t care, which is even worse.