Could we finally see Pablo Mari in action tonight?

We may finally be about to see Pablo Mari in an Arsenal shirt tonight if his Instagram story is anything to go by.

See below as the on-loan Flamengo defender posts a photo of himself in training with a caption containing the ‘soon’ emoji followed by a mention of the FA Cup. 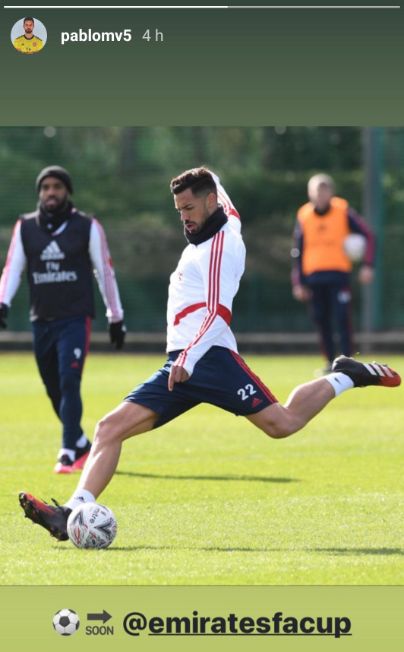 Arsenal take on Portsmouth this evening in a game that has just become that bit more important after our Europa League exit last Thursday.

With a top four spot achievable but a big challenge, it would be huge for our rookie manager Mikel Arteta if he could lift a trophy in his first season in charge, and the FA Cup is no consolation prize either, it’s one of the big ones.

Let’s hope Mari can feature and show us he can make an impact in his time at the Emirates Stadium, however long or short that may be.