Serge Gnabry trolled Chelsea with a little tribute to his old club Arsenal that delighted a number of his former Gunners team-mates.

The Bayern Munich star didn’t make it at Arsenal earlier in his career, but now has a total of six goals against our rivals Tottenham and Chelsea in London this season. 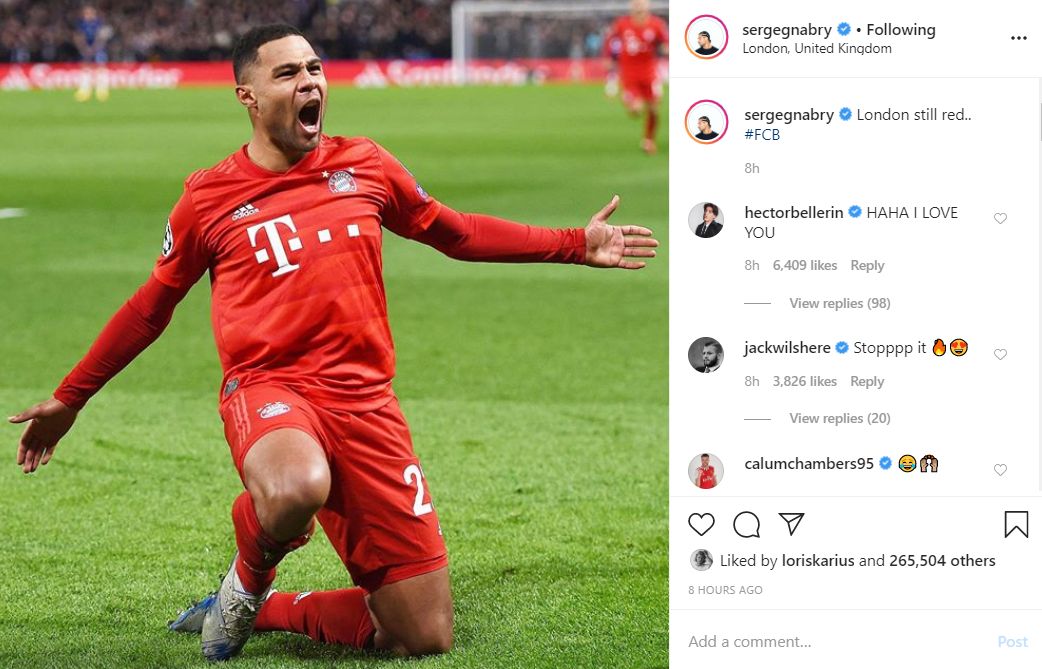 Taking to Instagram after last night’s game, Gnabry declared that London is “still red”, with Arsenal players past and present, such as Hector Bellerin, Calum Chambers, Jack Wilshere and Alex Oxlade-Chamberlain, absolutely loving it! 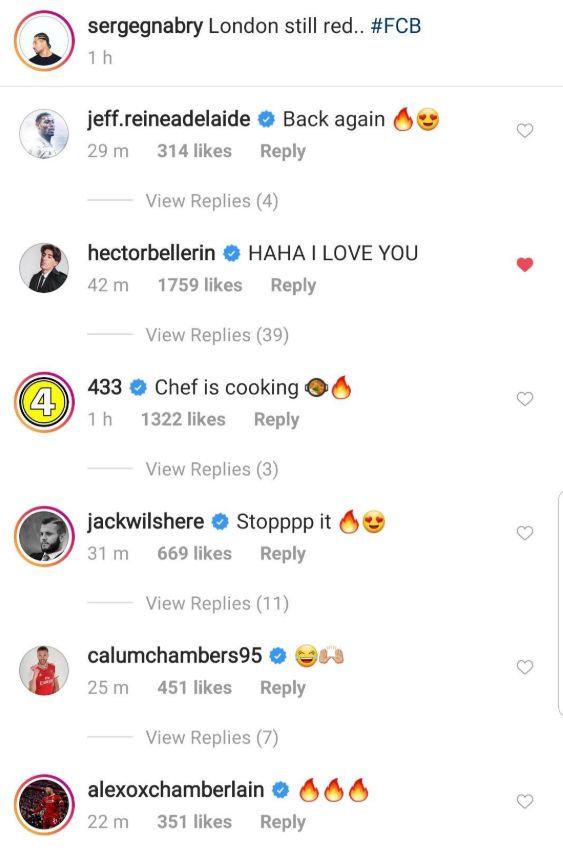 Fair play to Gnabry – for a player who left us before hitting his peak, he’s doing his best to preserve his reputation with Gooners by seeming to relish destroying our rivals in the Champions League!

Why Arsenal don’t need any more marquee signings – Look to the future
How many readers follow the Arsenal Womens Team?
Missing out on Raphinha is not such a big deal for Arsenal