According to Ukrainian outlet footballua.tv, Arsenal are offering a loan fee of €5.3m (£4.5m) to secure the January signing of Shakhtar Donetsk defender Mykola Matviyenko.

It’s claimed that the north London outfit’s bid also includes the obligation for the deal to be made permanent in the summer for a fee of €26.3m (£22.1m).

Football.London recently reported that the centre-back’s representatives claimed that the Gunners were in talks to capture the Ukraine international’s signature this month.

It remains to be seen whether this offer for the 23-year-old will be expected as Footballua.tv report that Shakhtar value the ace at €35m (£29.5m). The proposed loan-to-buy deal that the Gunners are offering is worth a total of €31.6m (£26.6m).

Matviyenko has made 21 appearances across all competitions for the Ukrainian giants this season, the ace played in all six of his side’s Champions League group stage games earlier this term.

The defender has already won 20 caps for Ukraine and he’s showed his versatility in the past by deputising at full-back, could this make the ace an attractive option to Mikel Arteta? The Arsenal boss was directly asked about the possibility of Matviyenko arriving in the Express, but he refused to discuss it, but he certainly didn’t deny it as he has with other rumours.

The touted fee does however seem quite steep for a talent that’s unproven in one of Europe’s top leagues. 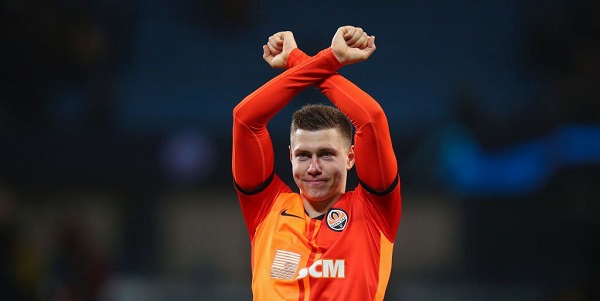