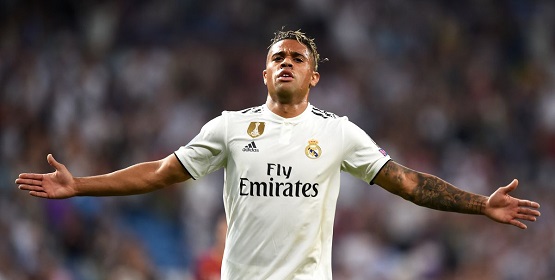 Arsenal offered Real Madrid player they simply do not need

Sometimes because a player plays for a huge club there can be a mistaken belief that he must be something special and that looks to be the case with Real Madrid forward Mariano Diaz.

It is being reported that the Spanish giants have offered the 25-year-old to Arsenal in a so-called cut priced deal worth £18 Million.

The minute you read the words Real Madrid you can be forgiven for getting all excited but where Diaz is concerned that excitement could be misplaced.

Diaz has barely played for Los Blancos, he joined that back in 2012 and has worked his way up through the C team and B team before getting a break into the senior team back in 2016/17, however he played just three times before spending the next two seasons on loan at Lyon scoring 21 goals in 48 games.

The Dominican Republic international returned to Madrid last season and featured in 19 games across all competitions finding the back of the net four times and that now seems to be his lot where Real are concerned.

That is rather a mediocre record and it is hard to see what he would bring to Arsenal, especially as a forward.

Arsenal needs defenders and if they are going to splash out £18 Million you have to think it would be better spent than on a forward that has hardly set the world alight.

It will be interesting to see if Unai Emery shows any interest in Real Madrid’s offer.