Arsenal only have one England reserve going to the World Cup – who cares?

There were great hopes that Arsenal’s much-lauded ‘English Core’ were going to be the future of England as well as the Gunners, but that quickly fell by the wayside and not one of them ever became a regular in the national side, in fact they hardly excelled at Arsenal either.

So today we find out that the only Arsenal player going to Russia this summer is our much-injured striker Danny Welbeck, and the chances of him getting a game ahead of Kane, Vardy and Rashford is pretty much slim to say the least. And Welbeck wasn’t even one of Wenger’s Golden generation of British lads as he was brought in from Man United after he had already made appearances for the national side.

And as for Jack, well I think he was pinning all his hopes of getting a shiny new contract from a big club if he performed well on the biggest stage, but that has now come back to haunt him. I hope he is not feeling too bad at the moment, but he has hardly set the Premiership on fire in the last few months…

Oh well here is the full England squad, if anyone is interested…. 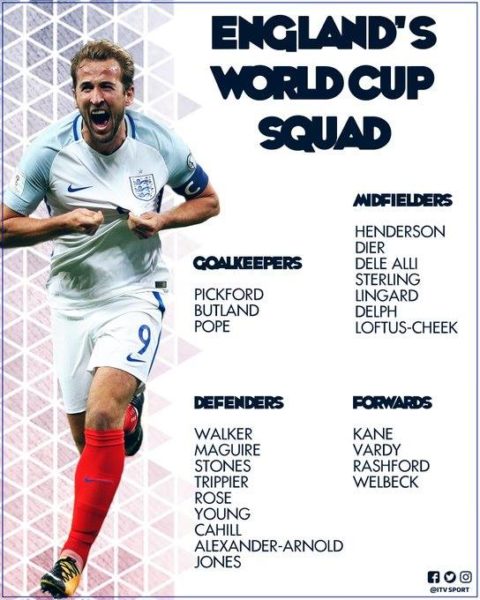