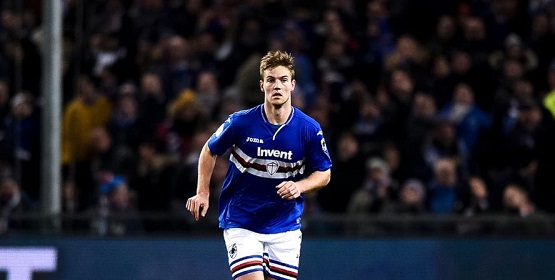 It will not come as too much of a surprise to Arsenal fans to learn that one of the players we are reportedly interested in is slipping from our grasp.

It is now being reported that one of the players we have been linked with for the last few weeks, Samprodira’s Joachim Andersen, is also wanted by our bitter local rivals Tottenham and French outfit Lyon.

In fact, Lyon has apparently tabled a bid for £16 Million for the Dane but had that bid rejected. Sampdoria are looking for a fee in the region of £31 Million, a valuation that Arsenal will struggle to meet.

Tottenham wants Andersen in the event that they lose Toby Alderweireld, who may leave the club if the £25 Million release clause in his contract is triggered this summer.

The point being is that Lyon has already tabled a bid while Tottenham remains interested and have more than enough money to outbid us if necessary and all the while we are sat on the sidelines looking on and counting the pennies.

Effectively, Lyon and Tottenham are now ahead of us in this race and unless Arsenal all of a sudden get a cash injection or sell some players it is hard to see how they can emerge the victors in this one.

The more this transfer window progresses the more depressing it all gets and one has to hope that something is going on behind the scenes that we are not aware of.