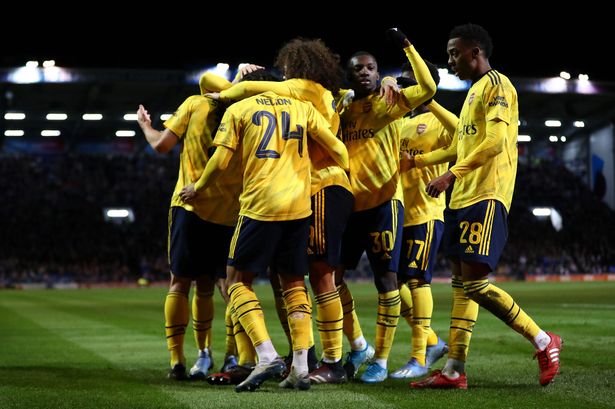 Arsenal have a plan to lower their wage bill.

Arsenal have reportedly submitted a plan to their players’ PFA representative, Hector Bellerin, which details how they could bring in wage cuts amid the coronavirus crisis.

The Gunners, like many other clubs, will be facing an uncertain financial future at the moment due to the lack of games being played while the season is postponed to deal with the current pandemic sweeping across the globe.

The lack of money from matchday ticket sales is bound to hit everyone hard, and the Daily Mirror have reported on Arsenal’s proposal to their players that could bring wages down whilst also giving them an incentive to qualify for the Champions League once the 2019/20 campaign can be resumed.

The report explains that Arsenal’s five-point plan, submitted to Bellerin, is as follows:

It will be interesting to see if our players accept this, especially as our chances of qualifying for the Champions League don’t exactly look great, meaning they’re likely to be simply accepting a pay cut. That said, Europa League qualification might be more realistic and that would mean a smaller pay cut.

Either way, we are where we are and it would be good if the players could recognise the contributions they could make to help others in lower-paid jobs at the Emirates Stadium in this difficult time.