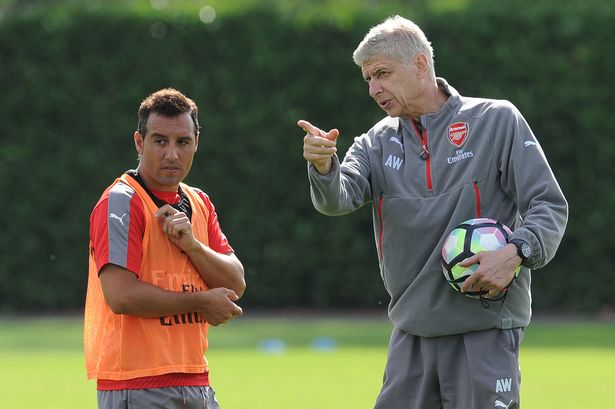 Arsenal fans could see Wenger and Cazorla back at the Emirates.

Arsenal have reportedly started putting together plans for special farewell matches for Arsene Wenger and Santi Cazorla ahead of next season.

It is not yet precisely clear how these will come about, but the Mail have said that it could involve Cazorla coming back with current club Villarreal for a friendly in the Emirates Cup.

The veteran Spaniard never got a proper chance to say goodbye to Arsenal, and remains a real fan-favourite after making a great impression in his time in north London.

However, the Mail suggest plans are not that concrete at the moment due to the unknown factor of whether or not the Gunners will have to play qualifying matches to get into the Champions League or Europa League next season.

It is not entirely clear either what the plan for Wenger would be, but it would be great to see the Frenchman back in the dugout for a one-off legends game, or even just as a guest of honour in the stands for one of our pre-season matches.