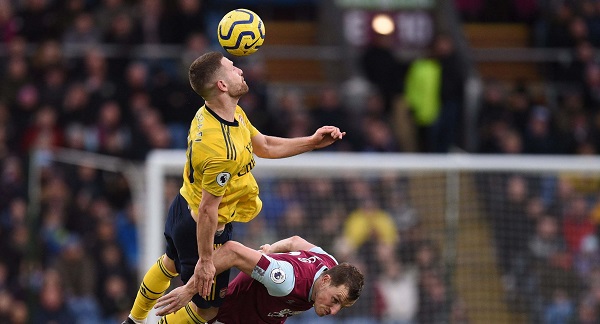 Arsenal player ratings – Another poor away performance from Arsenal and the rating reflects that.

Where to start with the Arsenal player ratings? well, I could just copy and paste from earlier player ratings when Arsenal are on the road. This was not a vintage performance and a lot of the players have to hold their hands up and acknowledge they had a bad day at the office.

To say one is annoyed and frustrated at what we witnessed today is an understatement. However, I suppose we should not be too surprised considering what we have been watching all season long.

Not all the usual suspects had a poor game, but most did.

Leno – 7
Did ok, no spectacular saves but he was in the right position for most of Burnley’s shots on target.

Saka – 6
Was bright and dangerous down the left but an injury forced him off at half time.

Mustafi – 8
Best Arsenal player on the pitch, says it all.

Luiz – 6
Poor with his passing and his defending was erratic on occasions but not his worst outing.

Bellerin – 7
Not as effective down the right as one would wish, made the odd poor pass but played well considering.

Xhaka – 5
Not his best game since Arteta took over, poor with his passing and offered little going forward.

Guendouzi – 5
Lacked quality all afternoon. Wish I could understand why he started.

Martinelli – 5
He tried but needed a flying wing-back in support and looked lost without one.

Lacazette – 4
Another poor game, how many more before Arteta makes the right call.

Aubameyang – 4
Missed at least two good opportunities, rarely defended from the front, maybe he was rusty after a break.

Torreira – 5
Did average and thus an average score

Willock – 5
Did better than Ozil.

Nketiah – N/A
Seriously? what is the point of bringing him on so late.

Arteta – 4
Poor team selection, late subs, whatever he said at half time made no difference. Worse game since he took over.