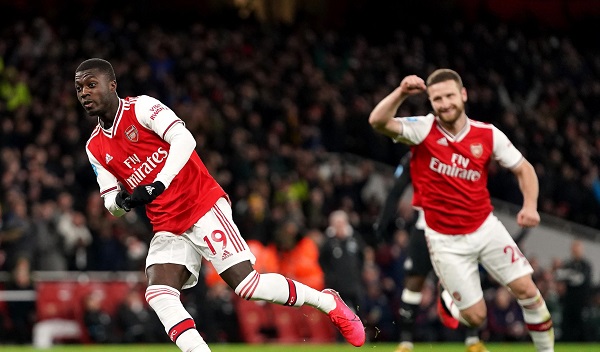 It has not been often this season that I have been able to do positive ratings for the entire team but today I can do and it feels damn good.

From Bernd Leno right through to the subs, every player put a shift in and was richly rewarded.

The first half was suspect I will admit but the 4-0 result is what counts here and that was because of a brilliant second half that absolutely destroyed the Geordies.

Leno – 8
Had to be at his best at times, especially when Newcastle nearly went ahead in the first half through a deflected shot.

Bellerin – 7
Had his hands full with Allan Saint-Maximin and was found wanting a couple of times but overall did well and Arsenal did get a clean sheet after all.

Luiz – 7
Not really called on to be honest but when he was he did his job without any massive howlers.

Mustafi – 7
Like Luiz, he was not really called upon to do too much, especially in the second half. He did a misplaced pass in the first half that could have been costly but a few minutes later nearly scored, typical Mustai really.

Saka – 8
Fantastic performance and I was tempted to give him a nine but his first-half performance was not the best but even so, what a talent he is and that assist, wow, simply wow.

Xhaka – 8
Got his usual yellow card early on but that did not stop and he improved immensely in the second half.

Ceballos – 8
One of his best performances in an Arsenal shirt and he worked very well with Ozil, in fact, his presence gave Ozil freedom to dictate the game, especially in the second half.

Ozil – 9
Never thought I would ever give him a nine but he deserved it. He was one of the best Arsenal players in the dour first half and really came into his own in the second 45, hopefully, we continue to see this Ozil from now on.

Pepe – 9
Man of the match for me, a goal, two assists and I am sure I saw him tracking back but missed it through rubbing my eyes because I could not believe he was actually defending. Now, this is what we paid £72 Million for and I want to see it week in and week out. The lad did brilliantly.

Aubameyang – 8
Played his usual game and when he does that he always gets a minimum of eight.

Nketiah – 7
Slightly overshadowed by the big boys today but he applied himself well and had a decent game overall. He is still learning.

Lacazette – 8
Usually, I would just give him a 5 because of him having so little time on the pitch. He scored and broke his drought and that for me is an eight when you consider what he has been through. I know I will get criticised for this rating but I do not care and this one time will I allow emotion to dictate the rating.

Torreira – 5
Not enough time on pitch so standard rating. Yeah, I know.

Willock – 5
Same as Torreira and again, I know what’s coming on this in relation to Lacazette but I did say I don’t care.

Arteta – 9
When it goes wrong I hammer him in the ratings as I did against Burnley but 4-0 gets a nine at least all day long in my book.