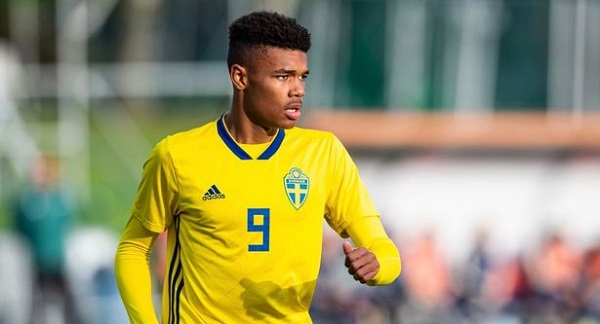 Arsenal is prepared to beat Bayern Munich to the signature of Swedish teenager, Emil Roback

The 16-year-old has been attracting the attention of some of Europe’s biggest teams and Arsenal is positive that they can beat other sides to his signature.

The teenager plays for Hammarby in the Swedish top flight and he is tipped to do big things in Europe in the near future.

The Swedish side’s sports director recently revealed that both the Gunners and Bayern has contacted them over the forward.

“We were contacted and know about the interest [from Bayern]. He has also met Arsenal,” Hammarby sports director Jesper Jansson told Fotboll Direkt as cited in the Standard.

“There’s a strong interest and there are more clubs as well. He’s also been to Arsenal. Yes, I understand the interest.

“He is a forward with a great physique and speed and already a skilled goalscorer.”

After the success of Gabriel Martinelli this season, Arsenal won’t be afraid of giving more youngsters around the world a chance to excel for their side.

The Gunners have also seen Bukayo Saka repay the trust placed on him by Mikel Arteta to turn in some very fine performances this season.

Bayern will no doubt hope that he will consider them a better home for his future development.