FiveThirtyEight have released their prediction for the final Premier League table this season – and it’s bad news for Arsenal.

See the graphic below as the Gunners are tipped to finish as low as 11th in the table, which would be our lowest finish since 1994/95. 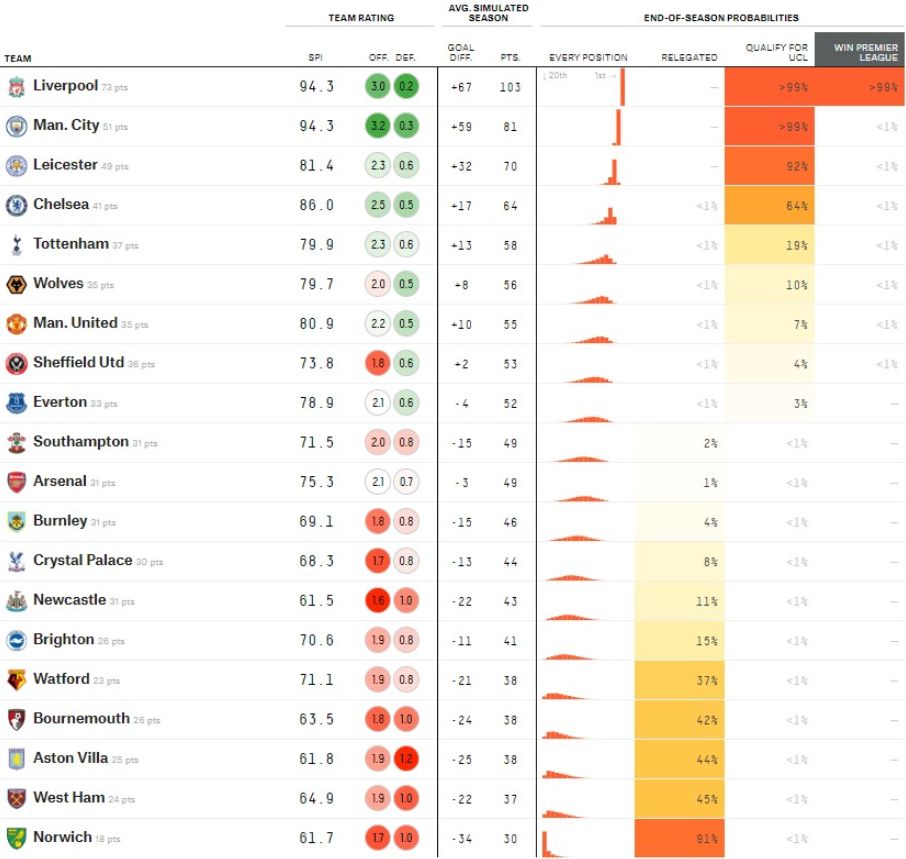 Arsenal are currently 10th in the table, but this forecast has Southampton eventually overtaking us after their recent improvement in form.

Let’s be honest – 10th or 11th, it’s all pretty bad, and a club like ours really shouldn’t be anywhere near mid-table.

Of course, the season isn’t over yet, so let’s hope Mikel Arteta can lift this side enough to see them climb the table and prove doubters wrong between now and May.

Then again, Chelsea finished 10th in 2015/16 and took full advantage of having no European football to distract them the following year as they won the title comfortably.

While this prediction makes for grim reading, there’s not any need to get too carried away just yet.