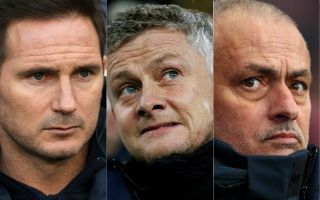 Without even kicking a ball, Arsenal have had a pretty good weekend

Don’t despair – top four is very much up for grabs.

Most Arsenal fans will likely still be feeling gloomy after our shocking Europa League exit, but results in the Premier League this weekend should lift all our spirits.

Firstly, Liverpool finally lost a game of football! Ignore what some of the haters are saying, this shows just how remarkable our Invincibles achievement was – many great teams have had a stab at it and always come up short. I’ve seen some mocking us on Twitter for celebrating the fact that we drew at home to the likes of Birmingham, Portsmouth and Fulham that season, despite the fact that Liverpool just got battered 3-0 by relegation-threatened Watford. Way to miss the point!

Anyway, while it’s a nice little boost to be able to celebrate the immortality of that legendary 2003/04 side for another year, it doesn’t do much for our current side’s immediate future.

Still, we have Chelsea, Manchester United and Tottenham to thank for that as they all stepped up to drop points in their league games this weekend.

First, Chelsea continued their recent slump as they only managed a 2-2 draw away to Bournemouth. Having taken the lead, they later found themselves 2-1 down and had to claw back a late equaliser. The Blues were far from convincing, and it’s a minor miracle they still occupy that fourth spot: Frank Lampard’s side have won just one of their last six in the Premier League, and in truth it’s hard to see them staying there. We just need to make sure we can be the ones to take advantage.

United have been improved of late, but missed their chance to put real pressure on Chelsea by slipping up away to Everton. The Red Devils got off to a nightmare start as a hilarious blunder by David de Gea gifted an early goal to Dominic Calvert-Lewin. Bruno Fernandes fired in an equaliser later in the first half, but Man Utd couldn’t come back, and were, to be honest, very lucky to escape with a point as Everton had a late goal rather harshly ruled out through VAR.

And finally, onto Spurs, who made it three defeats in a row in all competitions under the Special One. This looked a bizarre managerial appointment at the time, and Jose Mourinho has done nothing since taking over to change anyone’s mind. Tottenham have really not improved nearly enough to justify the sacking of such a fine manager as Mauricio Pochettino, and it’s hard to see them being the ones to pounce for that final Champions League spot.

As things stand, if we win our game in hand, we’ll be just five points behind Chelsea in fourth. With 30 points still to play for from there, this is very much all to play for. Of course, it was all to play for last season too and our end-of-season form was dreadful. Then again, if memory serves, so was everyone else’s, and we were just the slightly worse of a bad bunch. I can see something similar happening again this year as we remain a flawed side, but so too do our rivals. Let’s just hope this time our improved game plan and team spirit under Mikel Arteta can see us through.