Arsenal Set To Start Summer Clear-Out With THREE Forwards! by AT

It seems as though Arsenal are getting set to clear out a lot of deadwood in the offensive department when the transfer window opens as The Sun is reporting that the Gunners boss Arsene Wenger is planning to offload Lukas Podolski, Joel Campbell and Yaya Sanogo. The forward trio, who have been loaned out to Inter Milan, Villareal and Crystal Palace respectively, have all failed to impress on their loan spells and it is understood that Arsenal will let them all go to clear the wage bill to bring in reinforcements.

Podolski, who was one of the first names on the team sheet not so long ago, has been very mediocre for Inter and the report further adds that Arsenal will even consider terminating his contract to get him off the wage bill. Premier League sides Newcastle United and West Brom are said to be interested in the German and will be expected to move if he accepts a pay-cut. Campbell and Sanogo have also had woeful spells on loan and it appears as though Wenger is willing to cash in on the duo. While I always rated Campbell, Arsenal simply have way too many talented players in his position for him to make it at the club.

In addition to the trio, Arsenal will also be getting rid of Mathieu Flamini and possibly Mikel Arteta and Abou Diaby as well, which definitely means that the Arsenal fans can expect another world-class signing or two. Considering that Campbell and Podolski are both more or less wide forwards, we can probably expect a like-for-like replacement but with more quality, and maybe even two such players if Theo leaves. Wenger may also consider signing a versatile striker who can play anywhere in the forward line.

Looking at the fact that we are set to lose three forwards and a couple of midfielders, I really think Wenger should be looking at players like Pedro Rodriguez, Marco Reus, Geoffrey Kondogbia and Morgan Schneiderlin. While these players are the rumored targets, there is also a possibility that we might see the Arsenal manager pull a rabbit out of the hat and sign someone like Sanchez as he did last summer! 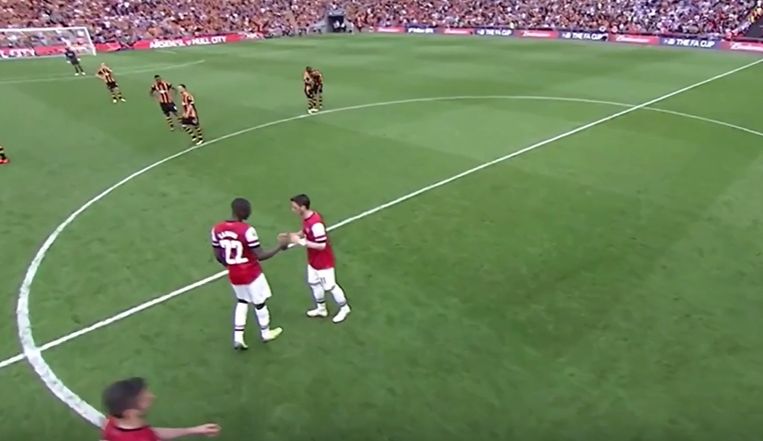